The World of Women in the Ancient and Classical Near East 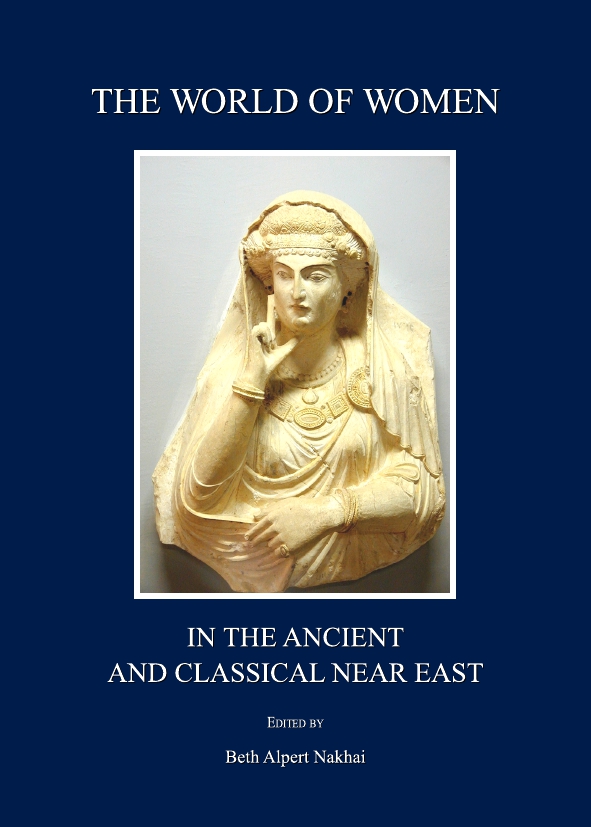 The World of Women in the Ancient and Classical Near East, written by scholars working in the United States, Canada, Mexico, and Israel, makes important contributions to our knowledge of the lives of ancient women. Its articles employ archaeology, biblical and other textual studies, ethnographic comparanda and more to investigate women in Egypt and western Asia from the Predynastic to the Byzantine Periods, as well as in England in the Victorian Era. They combat modern scholarship’s marginalization of women in antiquity, proving beyond all doubt that women’s roles in the home, in the workplace and in society at-large were essential for the survival of the family and the community. Locating women within the domestic sphere can no longer be seen to diminish appreciation of their extensive responsibilities and accomplishments. To the contrary, women’s domestic contributions are proven to be essential components of human survival, as are their contributions elsewhere throughout society, in elite royal, religious, and funerary contexts. The nine articles in this book highlight the fact that the traditional scholarly reliance upon dichotomization and compartmentalization must be resisted, and new paradigms developed and adopted. The World of Women in the Ancient and Classical Near East takes important steps in that direction.

Beth Alpert Nakhai is an Associate Professor in the Arizona Center for Judaic Studies at The University of Arizona. She received her M.T.S. from Harvard Divinity School and her M.A. and Ph.D. from The University of Arizona. Dr. Nakhai is the author of Archaeology and the Religions of Canaan and Israel (ASOR 2001), as well as numerous articles. In addition to editing this volume, she is the editor of Near East in the Southwest: Essays in Honor of William G. Dever (ASOR 2003). She is co-director of the Tell el-Wawiyat (Israel) Excavation, and serves on the Board of Directors of the American Schools of Oriental Research.

The World of Women in the Ancient and Classical Near East marks a significant step forward in the understanding of the critical importance women played in daily life during antiquity in the eastern Mediterranean. The nine contributions to the volume are offered by established scholars whose expertise informs on the varied roles undertaken by women as they performed activities essential to the survival of the household—certainly the most fundamental and pivotal arena for human interaction during the course of the ancient world. Reflecting diverse methodologies and varied resources, the essays reinforce the primacy of female agency within the home, and the incorporation of archaeology, textual studies, and ethnographic comparanda brings together relevant data that belies long-held traditional beliefs that women’s contributions to social, economic, and political spheres were slight. Masterfully edited by Beth Alpert Nakhai, who has championed the study of gender issues in antiquity, the volume embraces a chronological spread and a geographic diversity that enhances its importance as one that will advance the discourse on the reality of women in the ancient Near East for some time to come.
—Dr. Nancy Serwint, Acting Director and Associate Professor, School of Art, Herberger College of the Arts, Arizona State University

“This collection of essays is a welcome and important publication--a must-read for everyone interested in the archaeology of Syria-Palestine and the history of women in antiquity. Its highly readable studies provide stunning examples of the way archaeological data can produce otherwise unavailable information about women's lives and even challenge traditional notions of gender dynamics in the ancient and classical Near East.”
—Carol Meyers, Mary Grace Wilson Professor, Duke University

"There are a number of articles that are excellent examples of ANE work on women and gender in this volume"
Stephanie L. Budin, Rutgers University, Camden, Bryn Mawr Classical Review 2009.10.60