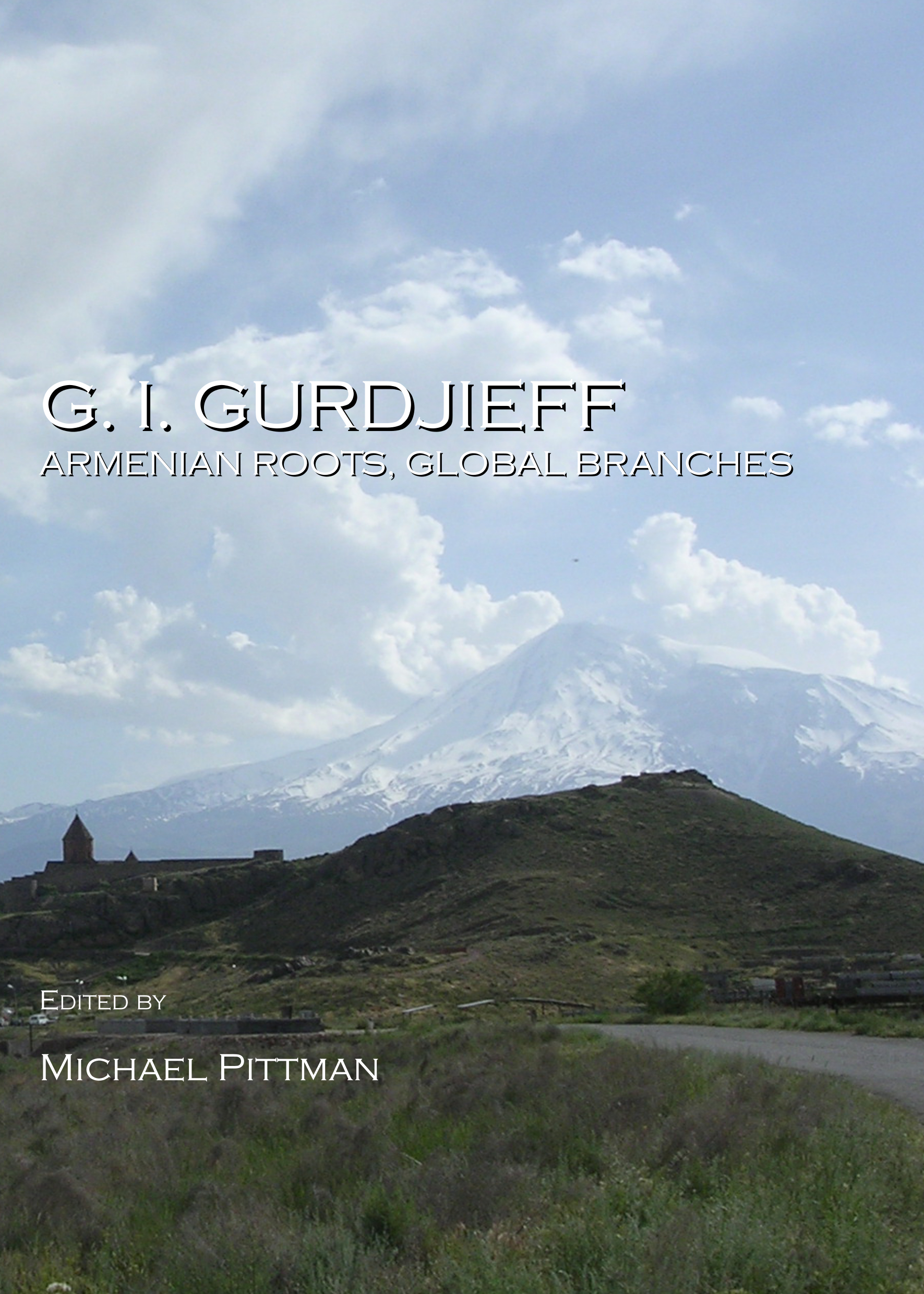 This volume presents a selection of writings based on papers originally presented at the G.I. Gurdjieff: Caucasian Influence in Contemporary Life and Thought conferences or, as they came to be called, the Armenia-Gurdjieff Conferences, which were held in Yerevan, Armenia in the summers from 2004-2007. Gurdjieff was born in Gyumri, Armenia, to an Armenian mother and a Cappadocian-Greek father, and was raised in eastern Asia Minor and the Caucasus. According to his own accounting, he spent his early years traveling in Central Asia, Asia Minor, Egypt, India, and Tibet in search of undiscovered knowledge. Eventually, after 1921, his work led him to Europe where lived, wrote, and taught until his death in 1949. Though not having received great popular attention, he remains an important figure of the twentieth century and his influence continues to grow into the twenty-first century.

A growing body of secondary literature connected to the work of Gurdjieff has been produced in fields as disparate as psychology, philosophy, literature, health, ecology, and religion. The conferences and the book aim to provide a forum of exchange about the ideas, influence, and work of Gurdjieff, while making a contribution to the reintroduction of the work of Gurdjieff to Armenia, which had been cut off from his ideas and works during the Soviet period. The articles here reflect a range of work addressing key contributions and ideas of Gurdjieff, from more academic studies of All and Everything, or Beelzebub’s Tales to His Grandson, to a discussion of the application of Gurdjieff’s ideas and principles in the education of children, to a chapter on the music and of Gurdjieff and Thomas de Hartmann.

Michael Pittman is currently Assistant Professor of Humanities and Religious Studies at Albany College of Pharmacy and Health Sciences in Albany, New York. Michael spent a year as a Volunteer Faculty Fellow in Armenia with the Civic Education Project, which led to the organization of the Armenia-Gurdjieff conferences. He completed a dissertation on Gurdjieff entitled, G.I. Gurdjieff: Medieval Textualizations of Oral Storytelling and Modern Teachings on the Soul. Michael continues to travel to Turkey and Armenia for research and teaching.

“This short collection of essays concerning the Greco-Armenian sage, teacher and writer G. I. Gurdjieff reveals a great deal about the man and his work. Its advantage over earlier collections is the connection made repeatedly between the man, his teaching, his writing and their historical and ideological contexts. The writing in these essays, clear and free of the obfuscation that so often attends writings about Gurdjieff’s ideas, attracts the reader to further explorations in the broad world of Gurdjieff’s ideas. This is an excellent collection, wide in scope, authoritative, and imaginative.”
Paul Beekman Taylor, Professor Emeritus of the University of Geneva, Switzerland
Author of five books on Gurdjieff, including G. I. Gurdjieff: A New Life

“The Armenian Gurdjieff conferences mark the significant and almost mythical return of the teachings of the greatest modern sage to his homeland. With imaginative insight and scholarly finesse, the papers in this volume confront the greatest human problem, man’s inability to take hold of reality —what Gurdjieff called sleep—and the catastrophic conditions that rise up from that cause, war, cultural irrationalism, over-consumption, and intractable hegemonies. The topics are timely, the exposition is clear and lively, and the information is crucial and compelling.”
Jon Woodson, Department of English, Howard University
Author of To Make a New Race: Gurdjieff, Toomer, and the Harlem Renaissance