Home / Book in Focus
The Anthropology of Poiesis

Book in Focus
The Anthropology of Poiesis 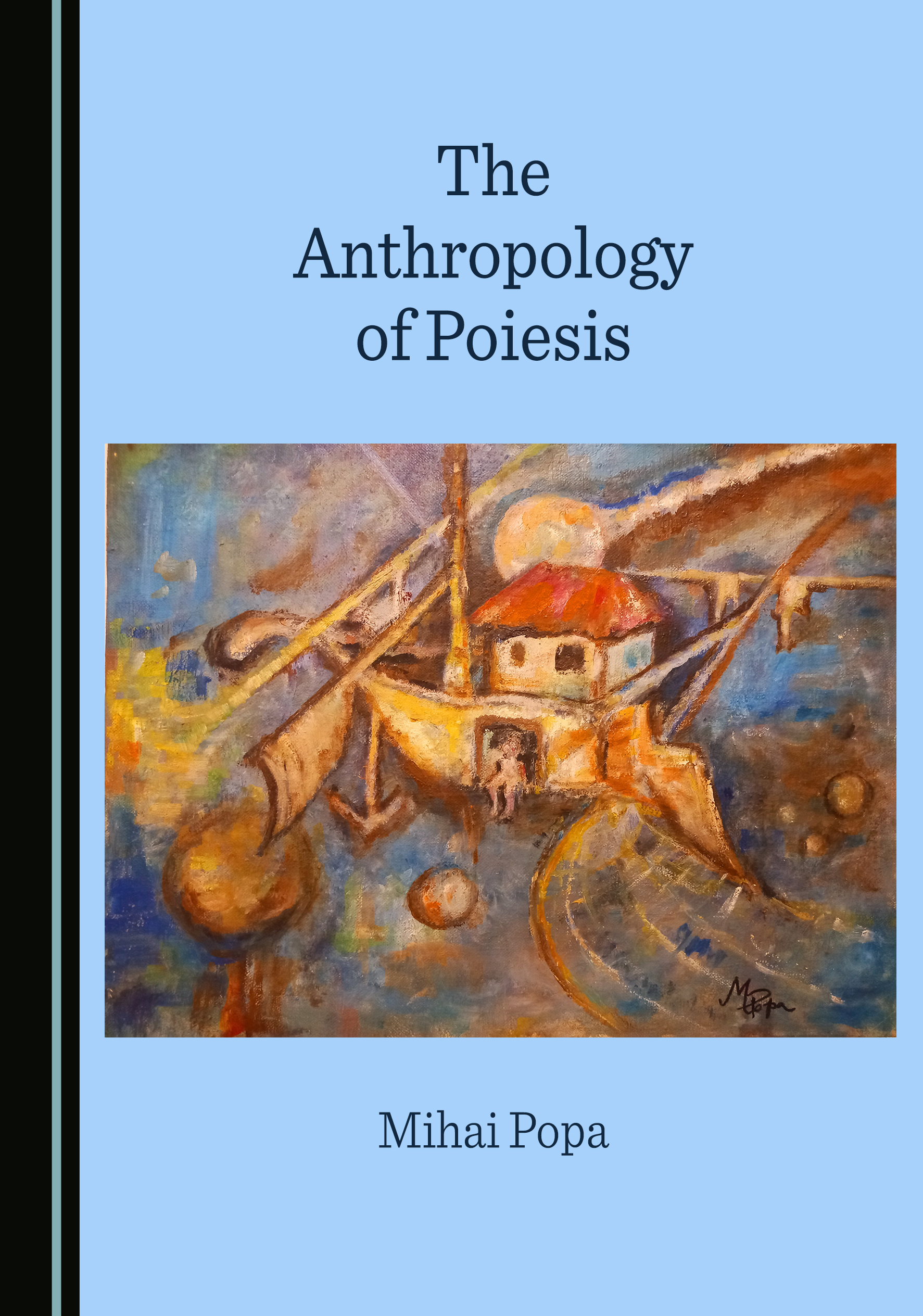 The perspective offered by the philosophy of history or the theory of culture (anthropology) opens up new topics in the study of historical reality, one of which is the historical narrative. History is a narrative that focuses on the gesture of foundation. The first stories, starting with Herodotus, the “history” of civilizing heroes (Ulysses and Aeneas), the history of knowledge (wisdom), the history of Christianity, and the revelation of the laws (of the ten Commandments of Yahweh to Moses on Mount Sinai) focus on creation, will, and the power to do. The power and the will to do also become historical themes, entering the temporal.

The Word (the founding Logos) has the power and the will to do—poiesis—and, insofar as it is shared, it also belongs to man. Man and his creation belong to reality, which is both immanent and transcendent. Therefore, the gesture of foundation also contains the symbol of creation, if we were to evoke only that of God who animates Adam (as in the scene represented by Michelangelo on the vault of the Sistine Chapel). Both the gesture and the symbol of creation are evoked by the narratives of the foundation of civilization, the burg or the city. These become historical narratives by which man is either saved or condemned. The only salvation of man, as the founder or bearer of divine grace or inspiration, poiesis, is found in his creations in any field—these are the real dimensions of his own spirituality, those that are evoked in the book Poiesis Anthropology.

The author relates, and even sometimes brings into opposition, the gestures and the meanings of creation (poiesis) with the hypostases or tendencies that may destroy the work—see the meanings of poiein in Plato, in Greek philosophy in general, in Brahmanical culture, creation as introspection and suffering from the modern period, and the primary phenomena in Goethe (in the chapter “Creation, Order, Destruction, Rebirth”).

Poiesis represents not so much the doing, but the accomplishment, which, from a human perspective, means assuming the act. Gilgamesh’s act of killing the lion may be a gesture of greatness or revenge, as an insult to the Creator (Aruru), but hunting with his friend Enkidu holds the symbol of performing a civilizing ritual. Rather, it will be capitalized on as a denial of the perishability of life and its salvation in the friendship that binds beyond death. Thus, hunting (its symbol) is my deed, but it is also the way to you. Poiesis can serve as a witness to the accomplishment and to the meeting with the other—like the journey of Odysseus. Faustus’ deed, however, means something else because of his covenant with Mephistopheles—he risks forgetting himself when he focuses on knowledge, forgetting in the sense of accomplishment, being mad, and losing the meaning of his own creation.

Poiesis, as a dimension of being human, acquires the meaning of becoming something (inspired work) when one discovers that they have become someone. It is self-knowledge, but also recognition of humankind’s place in (this) history and in the cosmos. It can also be, from the human perspective, the entry into the world, but also the exit from it, by assuming the gesture, the deed, or the work. The deed or the work can also represent madness, in the good sense. Constantin Noica wrote about the good madness in Romanian culture and folklore in Cuvânt împreună despre rostirea românească. He considers that all that is great in man has the meaning of folly—an obvious finding in all his works, because “they have made and continue to make grammar mistakes: of truth, of imitation of truth, of proportions, of perspective, of meaning.” What is wonderful about humans and their creative gesture—we say, together with Noica—is that, finding the truth, humans forget it. The same thing happens with their works, the most significant way being through a new folly (but not mistake): “the moment the perspective came along was as a folly of the painting, or naturalism occurred as a folly, even realism, as sensible as it seems, is a difficult conquest, in such twisted ways and involving so many deviations from ordinary grammar.” The gesture of creation, in human beings, can have this meaning, of folly—a momentary madness—in the perspective of opening or conquering another order.

Such are all the important works – such as The Odyssey, The Aeneid, The Divine Comedy, or The Phenomenology of the Spirit. These are spiritual itineraries initiated by an Ovid or a Dante. These are great initiatory journeys—a poetic audacity, a madness that can re-signify the spiritual universe, take it out of numbness, and de-structure it. This last finding is not so much a conclusion as a new opening, in the last chapter, “The Journey”: “If you have started, stay and do not stray/to deceptive peaks or grottoes,/and maintaining balance is not proper/to do it as before, but have the courage to be.”

Mihai Popa, PhD, is an alumnus of the History Faculty, at Bucharest University and a Researcher at the “Constantin Rădulescu-Motru” Institute of Philosophy and Psychology at the Romanian Academy. His fields of interest are historical philosophy, cultural philosophy, and art philosophy. He is the author of a number of journal articles, as well as the books A.D. Xenopol ‒ Philosopher of History (2007) and Science and Representation in Renaissance Art (2014).

The Anthropology of Poiesis is available now in Hardback at a 25% discount. Enter code PROMO25 at checkout to redeem.