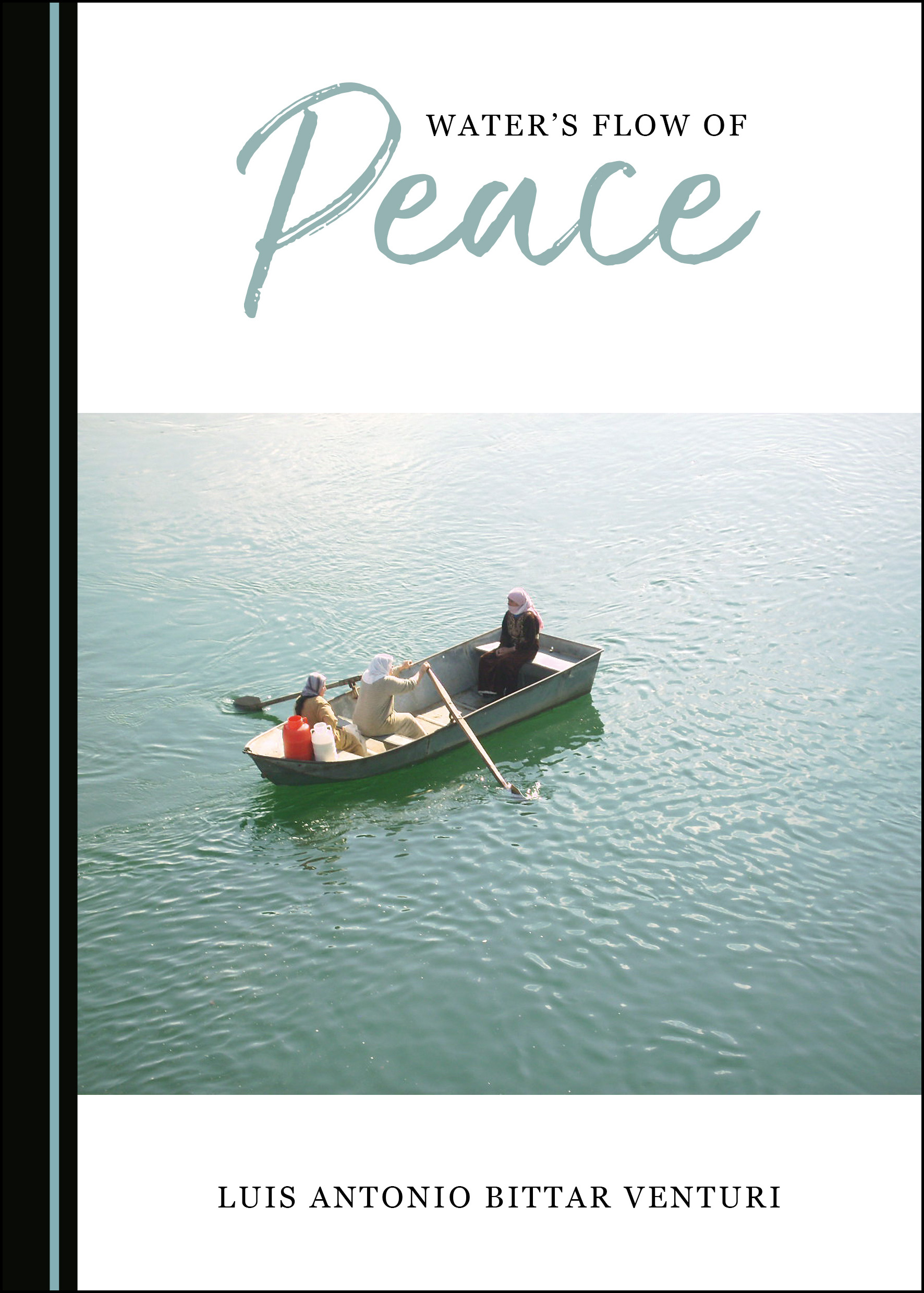 Is the idea that water resources may deplete really credible? Moreover, is the expectation of countries fighting for water on the verge of depletion a convincing image for you? Despite being devoid of a scientific basis, these fatalistic assertions are widely disseminated across academic and political communities, in the media, in scholarly textbooks, and among opinion makers (such as Kamala Harris). Even the Catholic Church heralded this apocalyptical scenario, when Pope Francis announced the Encyclical entitled Laudato si [Praise Be to You], feeding and strengthening the paradigm of ‘water scarcity leading to conflicts’.

Why Did I Write This Book?

All this widely spread information got me rather unquiet due to the complete lack of scientific evidence behind it. Questioning common-sense statements is one of the main roles of universities, and I, as a Professor of Geography majoring in Natural Resources, could not hesitate to do just this. Consequently, I decided to leave the comfort of my university and undertake a research sojourn in the Middle East and the United Kingdom.

The main objective of Water’s Flow of Peace is to show that this dual paradigm ‘water depletion leading to conflicts’ has neither a conceptual nor an empirical basis.

Conceptually, water is one of the most abundant natural resources on Earth and its quantity of 1.4 billion km3 has been the same for about two billion years[1], partially because most uses do not destroy it, although they may change its quality.

Even considering only fresh water, it is important to remember that it comes mostly from the ocean through evaporation and precipitation, i.e., through the hydrological cycle. On average, continental precipitation is 8% higher than evaporation[2], and this will remain so indefinitely (as long as the Sun keeps shining and the gravity keeps working). This means that oceans are ultimately an inexhaustible reservoir of fresh water.

Therefore, accepting the assertion that water is an inexhaustible resource, this book disproves the first element of that dual paradigm (water depletion).

Since ancient times, no war specifically over water has been registered empirically. Today, this idea of conflict arising from water usage is even more improbable, given that the vast majority of the approximately 310 existing international basins are ruled by agreements of cooperation in sharing water. Even if a conflict was to emerge in a region, it would be an exception among the 310 international river basins, and thus numerically insufficient to suggest a tendency in this regard.

Additionally, the widely available, cutting-edge technology of water treatment and desalination allows hundreds of millions of people around the world to use water desalinated from oceans[3], as well as water recycled from sewage. Accepting the assertion that water has never been the focus of international conflicts and technology can mitigate water scarcity and improve water supply, we are able to deny the second element of the paradigm (water conflict).

These assertions derived from research which was conducted towards a general hypothesis, constituted by two variables: on one side, river basin agreements for sharing water, and, on the other, the contribution of technology in regards to water production. Both variables would make the ‘water scarcity leading to conflict paradigm’ ineffectual in gaining a full comprehension of the realities elected as the topic of study for this analysis.

The choice of the Middle East as the empirical basis of the study was due to the direct association between the region and the two elements of the paradigm: water scarcity and conflicts. Even though these two elements are indeed present in the region, the causal relation attributed to them is strongly questionable.

The first variable emphasised the predominance of sharing water resources, even in an extreme water scarcity scenario, weakening the perspective of conflict. As indicators of this sharing, we investigated specific agreements which have ensured an equitable appropriation of water resources and the resulting maintenance of the fluvial flow and water quality of the Euphrates.

The second variable, referring to technology contribution, proved advances related to freshwater production to be gradually and rapidly reverting the situation of water resource scarcity and, therefore, the perspective of occasional conflicts due to disputes over water resources. As indicators of this process, we analysed the evolution of freshwater production by seawater desalination and the gradual substitution of natural sources by such industrial techniques in the Persian Gulf. The analysis of drinking water production on an industrial scale led us to a parallel and specific objective: a conceptual revision concerning water resources, since their main definitions, which classify them as a mere renewable resource, lost accuracy in light of these realities. As such, a new conceptual proposition concerning water resources was added to the research results in the book.

These findings were expanded, through the method of generalisation, to the rest of the world, considering all countries that are currently under shared water agreements and using the technology of ocean desalination or treating sewage water.

We conclude the book by proposing the empirical and conceptual unsustainability of the paradigm which relates water scarcity to conflicts. We actually show that water is a driver of peace!

We believe that water is a subject involved in a plethora of common-sense assertions and even inexact information, leading people to believe in fatalist perspectives wherein water will deplete and countries will fight for access to it. This book was produced to respond to one of the main roles of academic works: challenging false propositions and strengthening people’s awareness of this vital and inexhaustible resource, showing that its failure to reach our taps may be due to mismanagement, rather than its depletion.

Luis Antonio Bittar Venturi holds a PhD in Physical Geography from the University of São Paulo, Brazil, where he is a Full Professor. He is the author of Geography: Techniques of the Field, Laboratory and Classroom, as well as other books and articles. He has carried out postdoctoral research on water, and is a member of the Syrian Geographical Society, the Royal Geographical Society, and the Hydropolitics Association of Ankara, Turkey.

Water’s Flow of Peace is available now in Hardback at a 25% discount. Enter the code PROMO25 at the checkout to redeem.