Toward a New Foundationalism

From Carnap to Kripke and from Husserl to Sallis 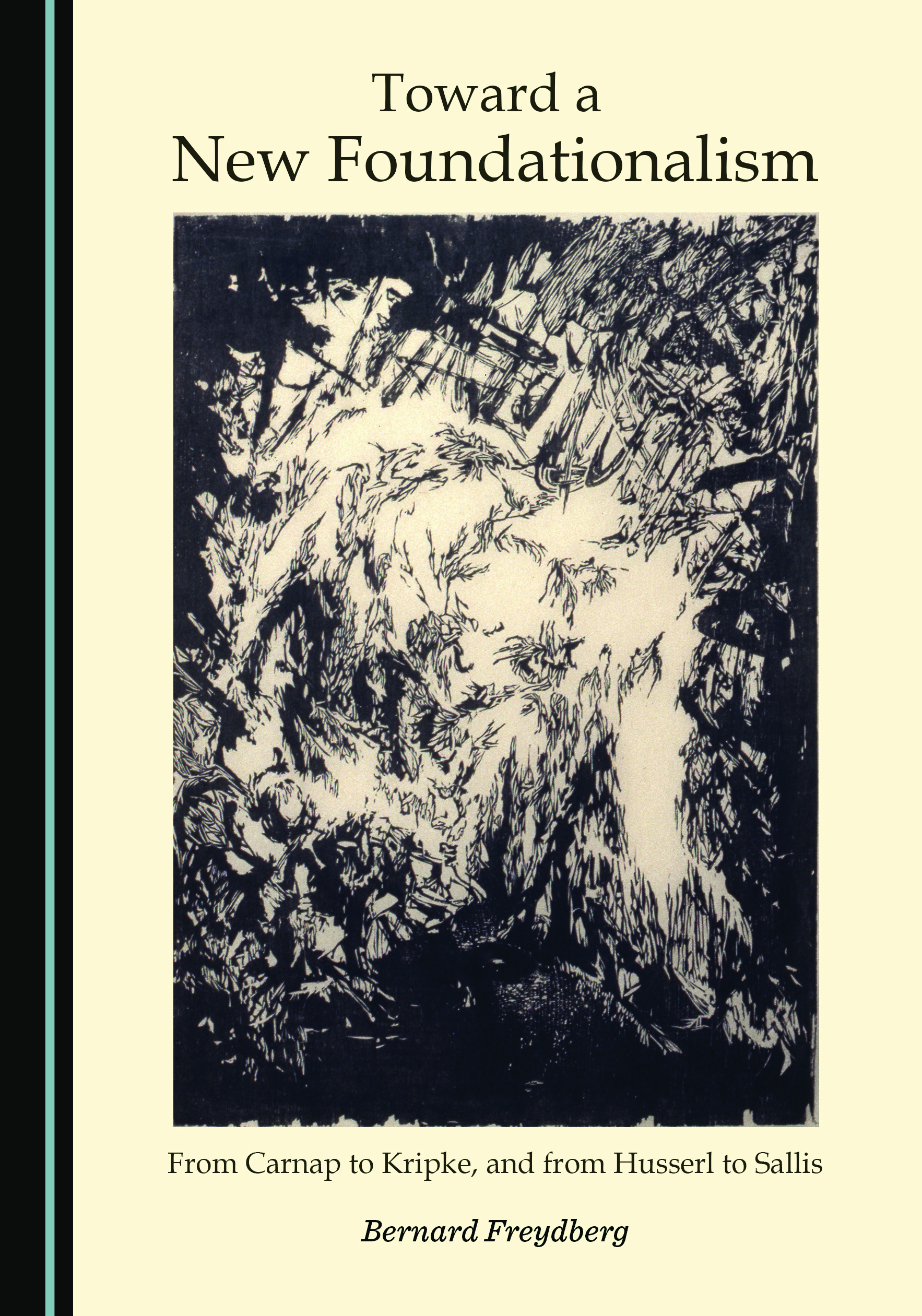 Where to, philosophy? One of its two major branches, the Anglo-American, or analytic, takes its departure from logic and natural science. The other, the Continental, takes its departure from art and from the traditional questions concerning the good life. Read a book or a paper written by a member of one branch, and it is very likely that a reader trained in the other would understand little or nothing in it. The one area that the branches today have in common do nothing to ameliorate this divide: in light of a great deal of passionate philosophical criticism from both sides, philosophy itself no longer issues from a central source. Philosophy has become anti-foundational. This condition has led to an unhealthy fragmentation that Toward a New Foundationalism: From Carnap to Kripke and from Husserl to Sallis serves to remedy. This remedy offers the notion of ruling image as providing a foundation for thinkers on both sides of the aforementioned divide.

A sharp opposition grew in the 18th century between rationalists and empiricists, but this opposition was based upon firm foundations. Rationalists such as Descartes, Leibniz, and Spinoza based their thought upon reason. Locke, Berkeley, and Hume, on the other hand, based their thought upon sensory experience. During that century, it was possible for one person to know everything that could be known. Newton and Leibniz were first-rate major scientists as well as philosophers, just as Berkeley and Hume fully understood the science of their time.

When Kant undertook to study and to resolve this conflict, he placed it within the all-embracing structure of metaphysics, the science of being as being. His famous Copernican revolution reverses the question of metaphysics from “how can our concepts conform to objects” to “how can objects conform to our concepts.”  In a manner voiced by my great analytically-oriented Kant teacher Lewis White Beck, Kant was the first philosopher to place his epistemology before his metaphysics. In a manner endorsed by my great Continental teacher John Sallis, Kant was the first to recognize the power of the transcendental imagination to generate metaphysics within certain limits. The two approaches seemed to admit of no possible harmonization.

What did Kant think? Kant thought that he had solved every metaphysical problem. That is to say, the so-called “rationalists” received their due in the sense that an a priori analytic of the understanding is affirmed after “the proud name of an ontology” cannot be maintained. The empiricists received their due in that knowledge is restricted to objects of experience. All that remained involved clarification of relatively minor points. However, even his contemporaries fought over virtually every claim. Such contests yet remain to this day.

Philosophy after Kant can be seen almost immediately and once again as a divided response to its doctrinal side. On one side stand, among others, J. von G. Fichte, F.W.J. Schelling, and G.W.F. Hegel, the major figures in what has come to be known as German Idealism. To give a broad view of this movement, it derives from a synthesis of Kant with Spinoza. With respect to Kant, it took its departure from the transcendental side together with the ideas of reason (the soul, the world, and God), and from Spinoza’s all-embracing system of reason. According to this development, philosophy was systematic by its very nature. One finds no such sense of shared sources in the opposed movement of philosophical materialism. Natural science provided the model for Vogt, Moleschott, and Buchner. However, Feuerbach and Marx proposed a materialism that had its roots in history.

As the 19th century progressed, one can find no one or two philosophers or movements akin to those of the 18th century. Jeremy Bentham and John Stuart Mill proposed a version of utilitarianism, a method that aimed at the maximization of happiness. One of its most well-known slogans was, and remains, “the greatest good for the greatest number.” Its appeal draws from its proximity to the universal human desire for pleasure. Its weakness consists of its susceptibility to counterexamples in each of its many variants. By contrast, Kierkegaard and Nietzsche are regarded as the ancestors of existentialism, a movement that rose to prominence in the 20th century, while Sartre and Heidegger are regarded as its major exponents. Its central impulse comes from the view that human existence must be addressed as anterior to any theory that would explain it. One can find echoes of this philosophical impulse to this day (this author shares some of it). However, its circle requires that one accede to its shared basic standard. All one has to do is to read the program of a national philosophical meeting to observe how very diffuse the papers are.

I maintain that, just as the discipline of philosophy has seen many versions and has undergone many changes, its current anti-foundationalism represents a regrettable retreat from the source of whatever power it maintains, and in whatever form it maintains this power. Toward a New Foundationalism: From Carnap to Kripke and from Husserl to Sallis advances the notion of ruling image. This new foundation acknowledges the criticisms and their limits that have brought philosophy to this crucial crossroads, and points to a positive way forward.

“Freydberg’s tenth outing is one of his best, boldly advancing the provocative thesis that the analytic and continental camps are inadvertently held together not by any shared thesis, but by the various “ruling images” that govern what to them matters as philosophy. His writing is liberated and pithy, energetically dancing with wit and aplomb, yet simultaneously displaying the maturity of decades of reflection dedicated to philosophy’s quest for its own origins and possibilities.”
Jason M. Wirth
Seattle University

“Much like the “ruling images” on which this momentous book focuses, Freydberg gathers divergent philosophers and traditions together for a long overdue conversation. He finds common ground amidst the putative analytic and continental divide within philosophy and shows a way forward through images and the imagination. A terrific and important read!”
Sonja Tanner
University of Colorado, Colorado Springs

“Over the last few decades Bernard Freydberg’s writings have shed important light on numerous figures in the history of philosophy, opening up new paths of scholarly work along the way. In this latest work, Toward a New Foundation for Philosophy, Freydberg takes on the anti-foundationalism so fashionable in 20th century and contemporary philosophy, arguing that the question of “foundation” can be rethought from the perspective of what he calls “ruling image.” Toward this end, Freydberg addresses an extraordinary range of thinkers—from analytic philosophers such as Carnap, Quine and Kripke, to Continental thinkers such as Nietzsche, Heidegger, Gadamer and others—demonstrating the “ruling image” that operates as a foundation of sorts across these divergent traditions of philosophy. With each thinker, Freydberg offers an incisive, and sometimes irreverent, take on the central philosophical issues. At the same time, the book weaves together scholarly rigor, attention to the original language of the relevant texts, but also a conversational/informal tone which works to engage and amuse the reader. The end-result is a stimulating and impressive work of philosophy.”
Robert Metcalf
Professor, University of Colorado at Denver

Toward a New Foundationalism: From Carnap to Kripke, and from Husserl to Sallis is available now in Hardback at a 25% discount. Enter PROMO25 at the checkout to redeem.