The Militarization of the European Union 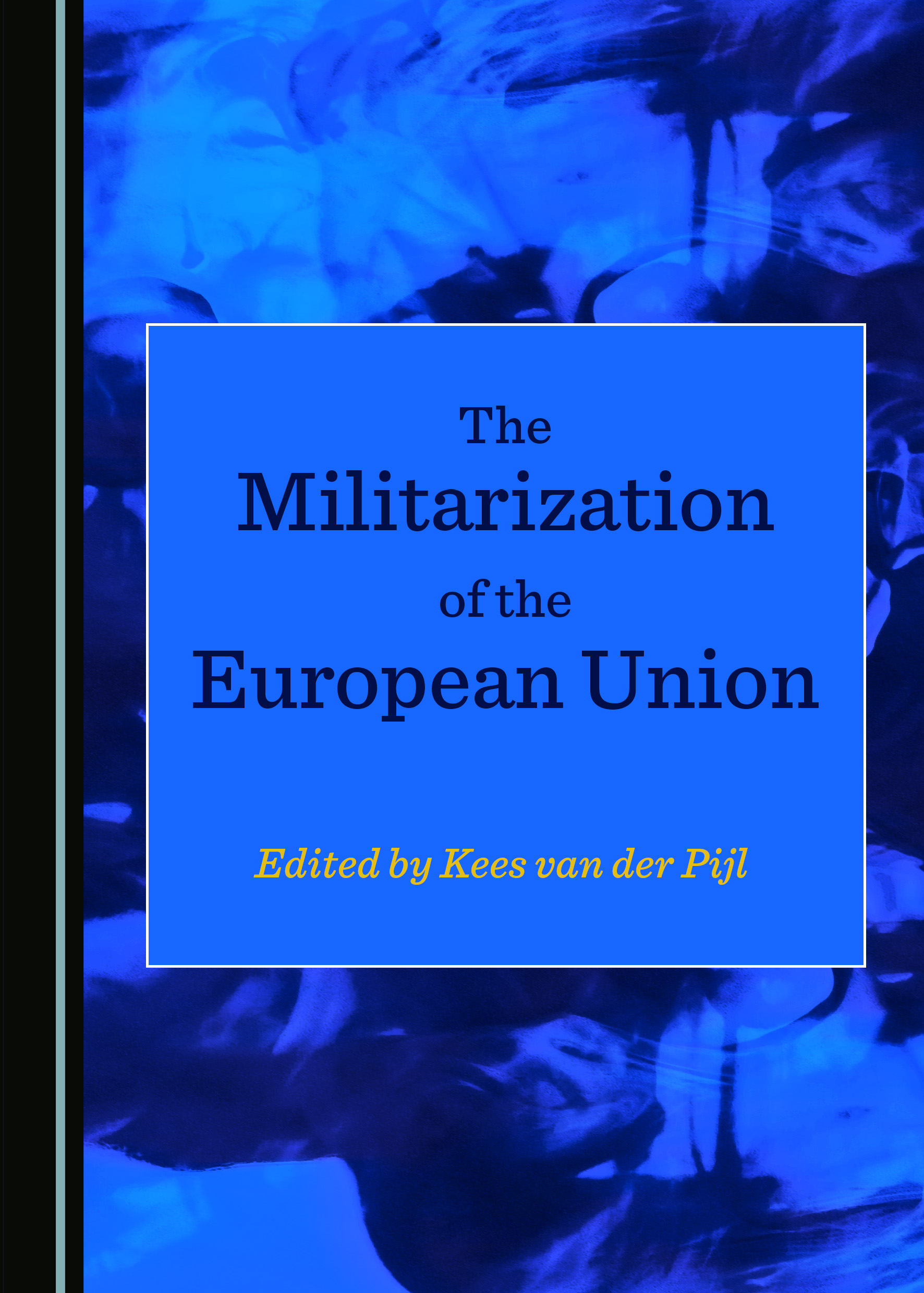 In mid-September of last year, a possible new chapter in world politics was opened when Australia, the United Kingdom, and the United States dispatched a sizeable naval contingent to the South China Sea in an obvious gesture of defiance. Europe is the big loser in this display of force, which has also had financial implications in that the huge order for new submarines that Australia had agreed with France was unexpectedly changed to delivery by the United States. The indignation in Paris, echoed by the EU in Brussels, need not surprise. This was an affront of epic proportions.

With the coming of the new alliance between the Anglophone partners, AUKUS for short, NATO has been eclipsed as the central axis of international affairs. The era in which Europe was the strategically most important part of the world for the United States has been closed. The Atlantic alliance has been effectively reduced to an anti-Russian propaganda machine, if only to prevent one or more European countries from repairing their ties with Russia. From the beginning of the 20th century, preventing a combination between raw material-rich Russia and the industrial powers of Europe, Germany in particular, had been the priority for Anglo-America. Today, it is China that has become the prime contender for power, challenging US supremacy. Indeed, the naval ‘visit’ to the contested South China Sea is a sign that the West has shifted the military centre of gravity accordingly.

Will tension with China become the new instalment of the politics of fear with which populations in the West are being held in check after the collapse of the Soviet bloc? Or is it just a further continuation of previous iterations? After all, the previous fear campaigns, from terrorism to ‘Putin’, have not been declared finished.

The election of Donald Trump as President of the United States in November 2016 had been a clear warning shot for the EU. Trump, as will be remembered, declared NATO obsolete in his campaign, and Emmanuel Macron upon his own election in France a year later responded with a call for EU ‘strategic autonomy’. As we show in our collection, The Militarization of the European Union, this call entailed the establishment of a European mechanism to pursue its own interests with force elsewhere in the world, and France has been the steady protagonist of such an endeavour after the defeat of the Axis powers in 1945.

In the early 1950s, France launched a plan for a European Defence Community (EDC) on the heels of its initiative to establish a European Coal and Steel Community comprising also West Germany, Italy, the Netherlands, Belgium, and Luxemburg. After the failure of EDC because of French resistance to West German rearmament, Paris a few years later once more came to oppose the United States and the rest of NATO (into which West Germany had been admitted in 1955 to break the post-EDC deadlock) under De Gaulle. Again ‘strategic autonomy’ was the issue. De Gaulle had come to power amidst dramatic developments concerning France’s hold on North Africa, and to regain its sovereignty with respect to its interests there and in Indochina, as well as developing its relations with the Soviet bloc without US interference, De Gaulle wanted to redefine the Atlantic bond. When this failed, he withdrew the country from the military organization of NATO in 1966. Only during the NATO intervention in the violent dissolution of Yugoslavia in the 1990s, did France return to the fold, and, in 2011, the country even played a leading role in the NATO operation in Libya that plunged that country into the chaos still reigning today.

The recent naval expedition to the South China Sea has once again activated the old fault-line between France and the Atlantic mainstream. One source of French discontent throughout has also been its prominent arms industry. Not only is the country the only Western nuclear power on the European mainland, it is also the only one capable of producing all integral military systems, from fighter planes, aircraft carriers and other large naval vessels to tanks and armoured cars, as well as submarines. In turn, the United States possess the means to obstruct French political choices and arms deliveries when these run counter to Washington’s interests. President François Hollande had to find this out the hard way when two French-built, large landing craft had been contracted with Russia, but in the end had to be delivered to Egypt instead.

Whether or not the bloody terror attacks that rocked France in 2015 (Charlie Hebdo, Bataclan...) were part of the unprecedented pressure on Hollande to call off delivery of the landing craft to Russia, we cannot establish with certainty. However, nor can terrorism be dismissed as another form of a ‘continuation of politics with different means’, as Clausewitz characterised war.

For Hollande’s successor Macron, the price of ‘strategic autonomy’ has still been raised considerably now that the submarine order, worth $66 billion, has been cancelled and will go to the United States. The French Foreign Secretary, Jean-Yves Le Drian, expressed his fury when he spoke of ‘duplicity, a major breach of trust, and contempt’ with respect to France. This came against the background of the uncoordinated departure of the American military from Afghanistan, where NATO was once again revealed to be little more than a feudal system of vassalage under Washington’s control.

In the circumstances, it is not a surprise to once again hear the clarion call for a European defence. France reckoned it had a reason to be proud of its military accomplishments when it announced in the same week that its forces had killed the head of the terror organisation Islamic State of the Wider Sahara in Operation Barkhane. However, its Mirage jets and 3,500 ground troops, which had been active in the area against ISWS, are heavily reliant on US support. The ground troops depend on reconnaissance by US drones, and the Mirages can only remain in the air so long because US KC-135 refuelling planes operating from their bases in southern Spain are backing up their actions. As such, ‘strategic autonomy’ for France has only been possible with logistical support by the United States thus far.

Why does France want the EU to assist it in changing this dependence? Firstly, because it wants the other member states, particularly Germany, to help finance the French military-industrial complex. Not only are the costs of the French nuclear force becoming prohibitive, but the most important weapons system of the near future, the sixth-generation fighter jet, can only be realised on a European scale. Here too, the US will have the largest expected market share with some 45 percent; Europe, a quarter at best. The fighter plane of the future will consist of a jet operating as a command centre in a flight of drones, but, so far, all European drone projects have ended in failure. In 2013, France had to order drones in Israel and the US, even though a new EU drone project had been started at that point. As to the central unit in this ‘system of systems’, the new jet fighter, ‘Europe’ is divided. Even before Brexit, Britain had embarked on the creation of a stealth fighter of its own, the Tempest. It was to be built by BAE Systems and Rolls-Royce, with support from the German government and the Italian arms company Leonardo. The French company Dassault will have to assemble its own combination to compete (with Spain among others), but observers are practically unanimous that it is only by uniting behind a single project that Europe will stand a chance of succeeding.

This takes us back to the submarines. Just as the deal between the United States and Australia, leaving France in the cold, is a by-product of the AUKUS alliance against China, there are several European military collaboration programmes that involve submarine contracts. These cut across the EU just as the sixth-generation fighter projects do. In this case, Poland is at the centre. France again was originally cast as the supplier of new submarines, but, after Germany concluded a naval agreement with Poland for Baltic operations, including among other things a joint submarine command, Warsaw decided to place an order with ThyssenKrupp Marine Systems. However, in 2015, Sweden too has become involved as it agreed with the Polish naval yards to begin a programme of jointly building a new generation of naval vessels—including submarines.

Is this then supposed to be the European alternative to NATO? Certainly as we show in our collection, the militarization of the European Union, notably by opening up its hitherto civilian programmes for applicants from the defence sector, is a reality. However, that does not suspend economic competition, which, in the context of a capitalism in deep crisis, can only be expected to become even more ferocious.

Kees van der Pijl served as a Lecturer in International Relations at the University of Amsterdam and as Professor at the University of Sussex, UK, until 2012. He has been a Visiting Professor at universities in France and Italy, and, since his retirement, has continued as a researcher, speaker and peace and democracy activist. His books have appeared in Dutch, English, Spanish, Portuguese, German, Turkish and Russian, and include The Making of an Atlantic Ruling Class (1984; new edition, 2012), Transnational Classes and International Relations (1998), Global Rivalries from the Cold War to Iraq (2006), Modes of Foreign Relations and Political Economy (trilogy; 2007-2010-2014), and Flight MH17, Ukraine and the New Cold War: Prism of Disaster (2018). He has edited several collections, including, most recently, the Handbook of the International Political Economy of Production (2015).

The Militarization of the European Union is available now in Hardback at a 25% discount. Enter the code PROMO25 at checkout to redeem.