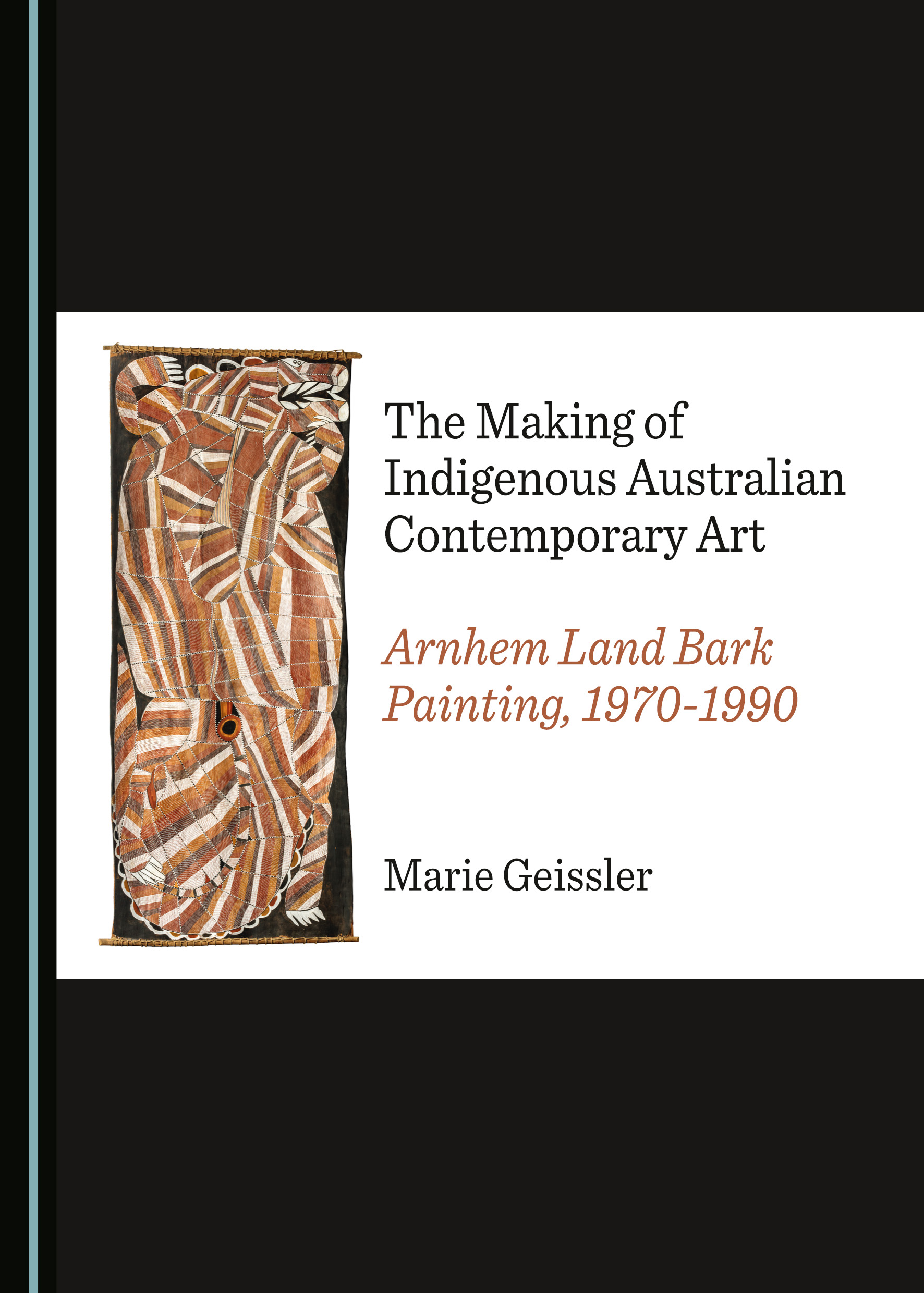 The survival of Indigenous culture in Australia is no longer a contested issue, like it was in the early years of colonisation. The hard-fought gains in human rights and cultural independence won by the people have given them a seat at the table in the nation’s discourses today. In this context, readers will find The Making of Indigenous Australian Art: Arnhem Land Bark Painting, 1970-1990 a welcome contribution, providing new insights into this history. It is the first comprehensive, chronological overview of how the status of Indigenous Australian art shifted from being seen as primitive artefact to being accepted as contemporary fine art.

Beginning with an informative review of the early colonial history in relation to the medium, the book identifies how and when the shifts in the reception of bark painting occurred, and what the interplays were between its reception and that of the acrylic paintings of the more widely recognised contemporary desert art movement of the 1970s. In addition, it describes the mechanisms that came to the fore which allowed changes in reception of Arnhem Land bark painting.

An easy-to-read, scholarly book which will appeal to art aficionados, cultural historians, and, more broadly, to audiences interested in Indigenous Australian culture, its cross-cultural history, politics, and art, this publication highlights the seminal role played by Arnhem Land bark painting in the Indigenous art movement. Further, its focus on the impact of the work between the 1970s and the 1990s, the period when the recognition of the medium as fine art really gained momentum, is a timely initiative.

A vital thread in the history discussed here is the consideration of the many exhibitions and their commentaries (exhibition catalogues, media commentaries, books, interviews, etc.). New insights are presented regarding pivotal moments in this history through commentaries recorded by the author through interviews with many leading protagonists within the field.

Robert Edwards, Founding Director of the Aboriginal Arts Board of the Australian Council (AAB) (1975-1980), reveals that, within the AAB strategy of the mid-1970s, he actively promoted the fine art profile of Indigenous art by encouraging and funding, through the AAB, the professional display of the art in a series of impressive overseas exhibitions, as well as their donation to overseas Museum collections. The overwhelming success of these initiatives was critical in raising the profile of the art in Australia and persuading the local art world of its contemporary merit.

Also revelatory in the text, and unacknowledged by mainstream audiences, is how the appointment of the all-Indigenous Aboriginal Art Board and their visionary policies for self-determination of their culture were inspired by the recommendations of an unpublished report of 1969 for the Commonwealth Government by German scholar and cultural historian Ulli Beier. The book’s interview with Jennifer Isaacs, the Project Officer for the Aboriginal Arts Advisory Committee (1970-1974), elaborates on this.

Interview records from James Mollison, Director of the National Gallery (1977- 1989) and later Director of the National Gallery of Victoria (1989-1995), disclose how, through a clever curatorial move, he elevated the status of Indigenous art to that of contemporary fine art. Specifically, over the 1982-3 period, he engineered the acquisition of the first Indigenous painting (a desert acrylic) using funds allocated for the Gallery’s contemporary art purchases. This move, being passed by the Gallery auditors at the time, created a landmark precedent for the acquisition of Indigenous art and its status as fine art. He explained that, in the years that followed, large numbers of Indigenous works, including Arnhem Land barks, were acquired by the Gallery in their contemporary fine art budgets. The art world impacts that followed for the contemporary reception of the medium were profound, with it soon acquired as fine art by art institutions throughout the nation.

Another significant commentary provided in the book is that of Bernice Murphy, the Curator of Australian Perspecta exhibitions of 1981 and 1983 at the Art Gallery of New South Wales (AGNSW), who explained how, in her curatorial roles, she actively promoted contemporary frames for bark painting. It was through these exhibition displays that Arnhem Land bark painting first entered Western art museums and their discourses of contemporary fine art. Specifically, for Landscape and Image (exhibited in Djakarta, Indonesia, in 1979), she contextualised bark painting within the landscape tradition of contemporary Australian art. In her 1981 and 1983 Australian Perspecta exhibitions, the medium was displayed as an innovative and evolving tradition within Australian contemporary art.

Murphy also reveals how ground-breaking to the field her decision to invite Aboriginal curator Djon Mundine to curate the Aboriginal works for several of the aforementioned exhibitions was. This was the first time that an Indigenous curator had been engaged by a major art institution. Mundine’s innovative curatorial approach involved artists in the curatorial process and encouraged works which demonstrated the artists’ individuality and technical virtuosity.  Further, the thematically display expanded the artists’ ambition to address wider audiences with their cultural concerns.

The evaluation of the art’s contemporary reception by the prominent art historians Professor Terry Smith and Professor Ian Mclean provides interesting and nuanced perspectives for the art. Most notably, the text discusses their acknowledgement of its dynamic, innovative and individualistic imperatives, its successful operation within the global artworld’s interconnected networks, and its dazzling aesthetic.

For Arnhem Land bark painting, the text highlights McLean’s informative and nuanced commentary. Critically, he identifies the significance played by the dazzling, illusionistic shimmer created by the fine-line abstract overlay of rarrk in providing the critical aesthetic pathway that facilitated the engagement of the medium with the contemporary global art world.

The book is also illustrated with a number of beautiful, full colour plates of significant bark paintings from the past.

Marie Geissler, PhD, is an Honorary Associate Fellow of the Faculty of Law Humanities and the Arts at the University of Wollongong, Australia. She is a curator, lecturer and writer on Australian contemporary art with specialist interests in contemporary Indigenous Australian art and its relationship to cultural heritage, sustainability and the law. Her recent publications include “Cultural Tourism: Aboriginal Art Promoting Australia in Post-war USA” in Arts (2019); “Bark Painting of Arnhem Land, Australia: The Western Reception 1960-1990” in World Art (2019); and “Ulli Beier, The Aboriginal Arts Board and Aboriginal Self Determination” in Australian and New Zealand Journal of Art (December, 2020).

The Making of Indigenous Australian Art: Arnhem Land Bark Painting, 1970-1990 is available now in Hardback at a 25% discount. Enter the code PROMO25 at the checkout to redeem.