The Life of James Hamilton Stanhope 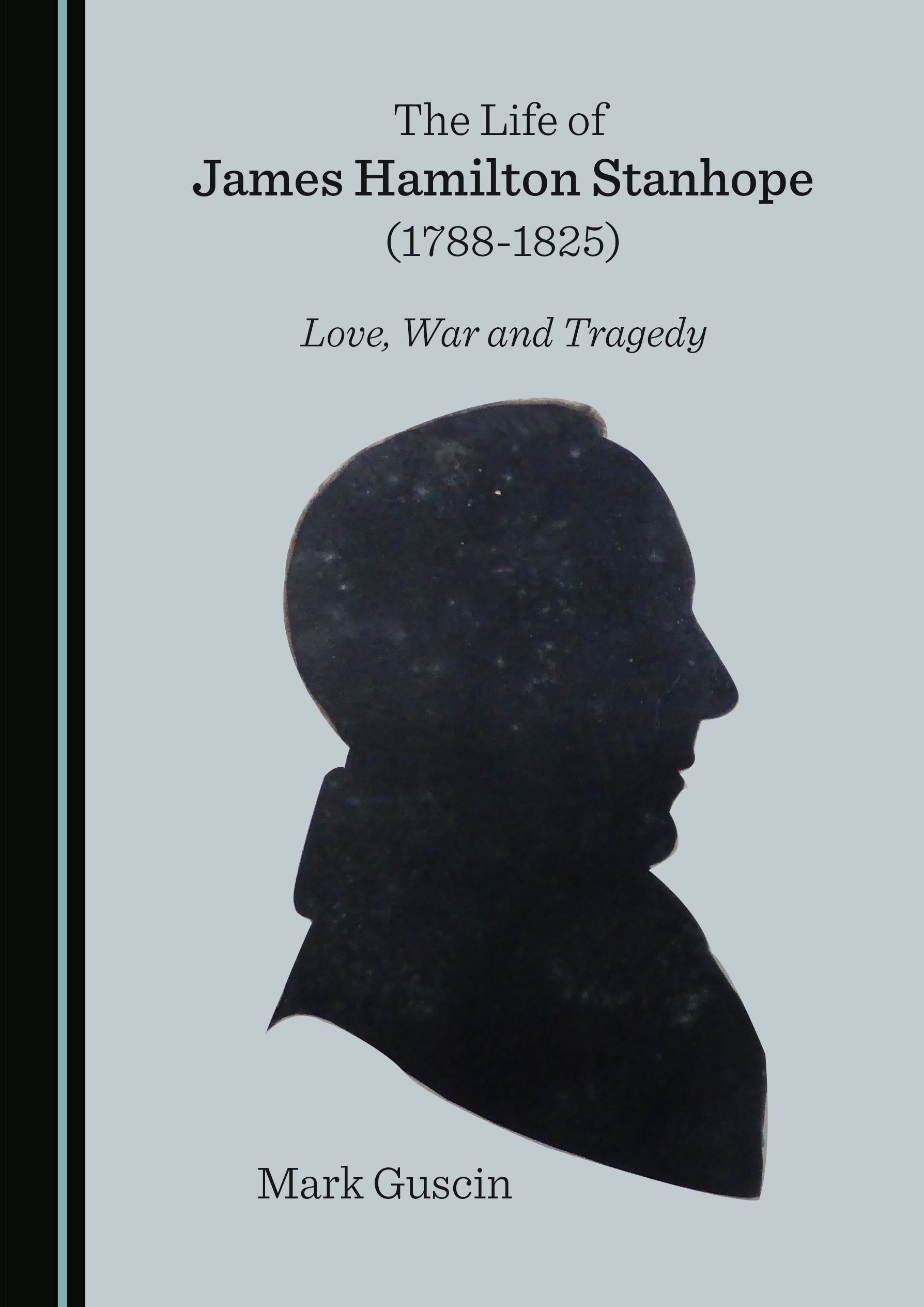 This book was most definitely a desideratum in the history of Georgian and Regency England, as there was previously no biography at all of James Hamilton Stanhope, who lived with some of the most relevant people of the times and through some of the most significant events of the early nineteenth century. As examples of these people, he was the youngest son of the third Earl Stanhope, the eccentric inventor and “tyrannical freedom-lover”, maybe better known as Citizen Stanhope after his sympathy for the French Revolution. James was present at the death of Prime Minister William Pitt the Younger in 1806, and was by Sir John Moore’s bedside when he died after the Battle of Corunna in January 1809 (Moore’s last words were, in fact, addressed to him). He fought at Waterloo in 1815, and wrote a detailed account of the battle. He then married the eldest daughter of the third Earl Mansfield, Lady Frederica Murray; she tragically died in childbirth in 1823, although, while on her deathbed, she made James promise to marry again. This was duly arranged by Frederica’s family (who had also promised the same), but when the moment came James could neither bring himself to marry another woman nor break his promise. He committed suicide.

Why is this book being published now? The fact that we are coming up to the 200th anniversary of Lady Frederica’s death and James’ own is actually pure chance; in 2001, I wrote a biography of Sir John Moore in Spanish, which led me to write another book about Lady Hester Stanhope in 2008 (also in Spanish). This book, in turn, took me to her physician, Dr Charles Lewis Meryon, whose biography I published in 2017 (this time in English), together with a lengthy manuscript written by Meryon, and entitled The Additional Memoirs of Lady Hester Stanhope. It was a logical progression to continue with James Hamilton Stanhope, and, in fact, the family chain will be continued as I am currently working on an edition of Frederica’s diary from her Grand Tour with her family in 1819-1820, at parts of which James was present. This Grand Tour diary is completely unknown, not even mentioned in any of the related literature. It shows a highly intelligent and forceful young woman of just 19 years of age.

Perhaps the major finding for the book was James’ poetry; it is not the best verse in the history of literature by a long way, but his rhyming accounts of the Peninsular War and the deaths of his brother Charles and Sir John Moore at Corunna are heartfelt and emotional. I also uncovered his watercolours, which are really excellent, showing a well-developed sense of depth and scale.

If I had to highlight a single chapter of this book, I would opt for the one about James and Freddy (Lady Frederica); how they met, fell in love, married and died. This is for two main reasons: firstly, and obviously, because of the story in itself, and, secondly, because it involved reading all their personal correspondence, the clearest and most exponential way of understanding their entire relationship, even if at times I felt like an intruder on their intimacy. I particularly liked Freddy’s comment in her diary that the few hours she spent in a poor Swiss cottage listening to the owner play the piano and his children sing as among the happiest of her life, because it shows so well that it is the circumstances and moment that make us happy, not wealth or the actual place in itself.

I would also mention another chapter, one I include in all my biographies and with the same title, “We that are left behind”. Any biography necessarily introduces us to numerous other people, not just the actual subject of the study. I find it essential to know what happened to all these people, and, if there are any, their children and descendants down to our own day.

My research methodology was thoroughly enjoyable. The Stanhope manuscript collection is kept at the Kent Library and History Centre in Maidstone, Kent. I live in Spain and travelled to Maidstone on several occasions to work in the research room, not actually studying the documents, but just taking photographs (I remember in one session, I took almost 1,700 photographs). The staff at the Centre were always extremely helpful, even when we were all in lockdown and I couldn’t go there. I then read everything in my study at home, taking notes of the most important parts and building up the story of James’ life.

Thanks must go to the kindness of Colonel Alastair Mathewson, the Chairman of the Board of Trustees of the Chevening Estate and author of the Foreword to the book. I also visited Chevening House to see where James grew up and walk through the same rooms he did as a child. I live in Corunna, so I have walked over the battlefield and visited Sir John Moore’s tomb on numerous occasions. Visiting these places is unnecessary from an academic point of view, but, to my mind, it certainly helps when trying to paint the overall picture.

Mark Guscin obtained a First Class Honours Degree in Latin and Greek from the University of Manchester at the age of 19, and a PhD in History from the Universities of London and Oviedo, Spain. He is the author of various books of popular and academic history, including an award-winning biography of Lady Hester Stanhope, which he wrote in Spanish, a biography of Sir John Moore (also in Spanish), and various books on religious history. His publications also include La Piedra del Destino (2006), A Very Good Sort of Man – A Biography of Charles Lewis Meryon (2017), Las Coruñas del Mundo (2019), The Tradition of the Image of Edessa (2016), and The Murder of Asunta Yong Fang (2018). He also runs a translation agency in Spain.

The Life of James Hamilton Stanhope (1788-1825): Love, War and Tragedy is available now in Hardback at a special 25% promotional discount. Enter the code PROMO25 to redeem.