A Builder’s Guide to Its Environment, Energy and Economy 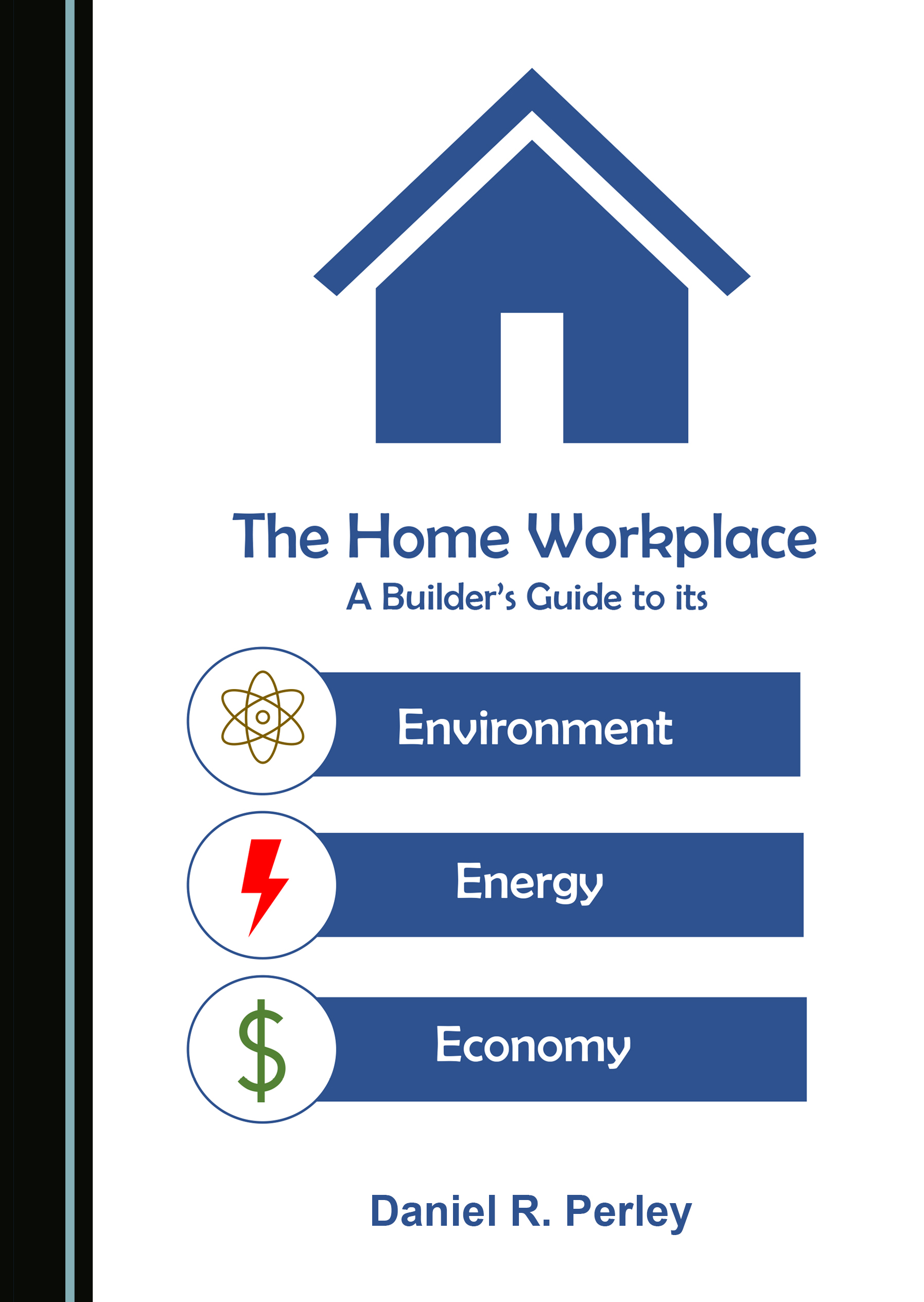 The Home Workplace is the first book to systematically address ALL aspects of the home workplace, not just the human factors issues as featured in the “telecommuting” literature. It also covers environmental, energy and economic facets of the home workplace, and demonstrates how massive workplace decentralization will help thwart the dominance of big-tech. It is structured for use as an undergraduate or graduate textbook, and offers guidance for conducting case studies and planning and managing group deployments to the home workplace. Highly interdisciplinary, it is suitable for business management, economics and technology courses. As a brand-new release, it is entirely up-to-date.

The recent COVID-19-induced slamming of millions of information workers into the home workplace has made clear that the planning and management foundations for such a mass migration are anything but solid. At present, the IT industry is scrambling to offer products which do not treat the (remote) worker as a third-class citizen.

However, it has also uncovered another problem, namely the lack of a coherent theory (and documented practice) about what wide-scale workplace decentralization will really do for the individual, the organization, the local community and ultimately the planet. Indeed, the home workplace can—and ultimately will serve as the gateway to a whole new focus on the triplex of environmental, energy and economic issues. It may even become the portal to a more peaceful and stable world. It is also true that democratizing the control of information technology by mass-migrating to the home workplace will also quickly end the so-called tyranny of “big-tech”.

The Home Workplace is not a research work, but rather an opinion piece based on the author’s 40+ years working as an IT program manager, executive and consultant in various large enterprises while working from home for a significant percentage of the time. Among other things, it reflects a very strong belief that home workplace technology architects were altogether too quick to abandon the Public Switched Telephone Network (PSTN) as a core component of that architecture. The author believes that the PSTN, Voice-over-IP (VoIP), cellular and satellite technologies all have valid roles to play. The book seeks to equip the reader with a balance of strategic and tactical perspectives—and tools—which should assist in designing, prototyping and rolling out a home workplace environment which is best suited to the needs of their organization, and which will also contribute to the building of a worldwide electronic commonwealth.

Significance of the Book

I have been in the IT field for 40+ years and lead a small consulting firm out of Long Beach, California which carries out strategic planning and program management for large enterprises.

I believe that mass migration to the home workplace will ultimately re-democratize information technology and decentralize most data creation, refinement, publishing and stewardship to local individuals. Data queries will thus ricochet among information castles, each of which is owned and controlled by an individual, not a large enterprise. This will prevent Google or anyone else tampering with our visor on the world. In addition, these information castles will not necessarily be tied just to the Internet alone.

While some people saw Bill Gates as the Henry Ford of the tech age, this analogy is flawed because even the inventor of the first practical PC was himself a would-be monopolist. Specifically, he wanted to charge manufacturers for Microsoft operating systems which they did not ship (i.e. when they shipped a PC with a different operating system) and he would have succeeded but for a Supreme Court ruling.

While the PC did democratize the technology to a very considerable extent, the push in recent years has been to “drive users to the cloud”, which is not unlike driving cattle to the slaughter. Large enterprises and individuals have been re-learning a lesson first learned with IBM timesharing and mainframe rental during the 1960s—that they face “billing unlimited” and “totally new horizons in billing”—and it is very difficult, complex and expensive should they ever wish to de-camp and take their data with them. It is also true that, if all your data is in the cloud, a whole career’s worth of documents can be zapped in a few seconds by a careless—or malicious—person.

Truly, we need to democratize control of the technology, but big tech isn’t listening and isn’t interested. Ask yourself the following questions.

>>> ANSWER: Most large companies are not yet serious about home workplace; rather, they are bitten, bruised and confused.

>>> ANSWER: Despite the fact that millions of people (who don’t work for big enterprises) already work at home the tech industry still sees the home workplace as a subset of “remote-work” or as a “flexi-place”. Note that a PC, laptop, tablet or smartphone is NOT a home workstation, not least because the latter can be larger, more extensive, more powerful and more enveloping because it does not have to move. Have you ever tried working all day on a tablet or smartphone? Put simply, big tech does not want you to be the king of your own information castle—they want to be your information castle and your information master.

Actually, the home workplace breaks down into three components:

We need to build home workstations which equally well serve all three of them. Doing so will start a chain of events which will change IT, the country and ultimately the world for the better.

Finally, let me brighten your day a bit. History teaches us that ultimately the laws of physics will kill Google. It is destined to fail. In 1957, AT&T tried to build a mega-computer in New Jersey to serve all of the timeshare computing needs of all possible American users. It grew like Topsy until they discovered that no physical system configuration—and no layout of data center buildings—would permit them to bring enough power in, or exhaust enough heat, to let the thing run for more than an hour or two. Google’s storage and networking requirements continue to grow hyper-logarithmically, which is unsustainable. Even more importantly, the QX query model discussed in my book renders far better search results and is sustainable indefinitely. It is more efficient to decentralize data so that local individuals can create, refine, publish and take care of their own data. That way, my QX (query) on how to fix the carburetor on my 1950 Chevrolet will ricochet among all of the (open) data castles of many users before finally harvesting all the information I need and then bringing it back to me. That way, no one gets to tinker with my visor on the world, nor blind me to what is really there. Better still, our query design lets information castles talk to each other over phone lines, the Internet, satellite or data radio—it is not tied to just the Internet.

Dan Perley holds a Master’s Degree in Public Administration (with minor in Transportation Engineering) from Carleton University, Canada, and has worked for most of his career in applying advanced technology in the transportation and defence fields. He has built several small consulting and system integration firms and worked as an IT executive in larger firms, and was also Director of Intermediate Informatics with Transport Canada. He is currently the co-owner of the consulting firm Workplace Technologies Corporation in Long Beach, California, and is the author of three books.

The Home Workplace: A Builder’s Guide to its Environment, Energy and Economy is available now in Hardback at a 25% discount. Enter PROMO25 at the checkout to redeem.