The Evolution of Stars

From Birth to Death 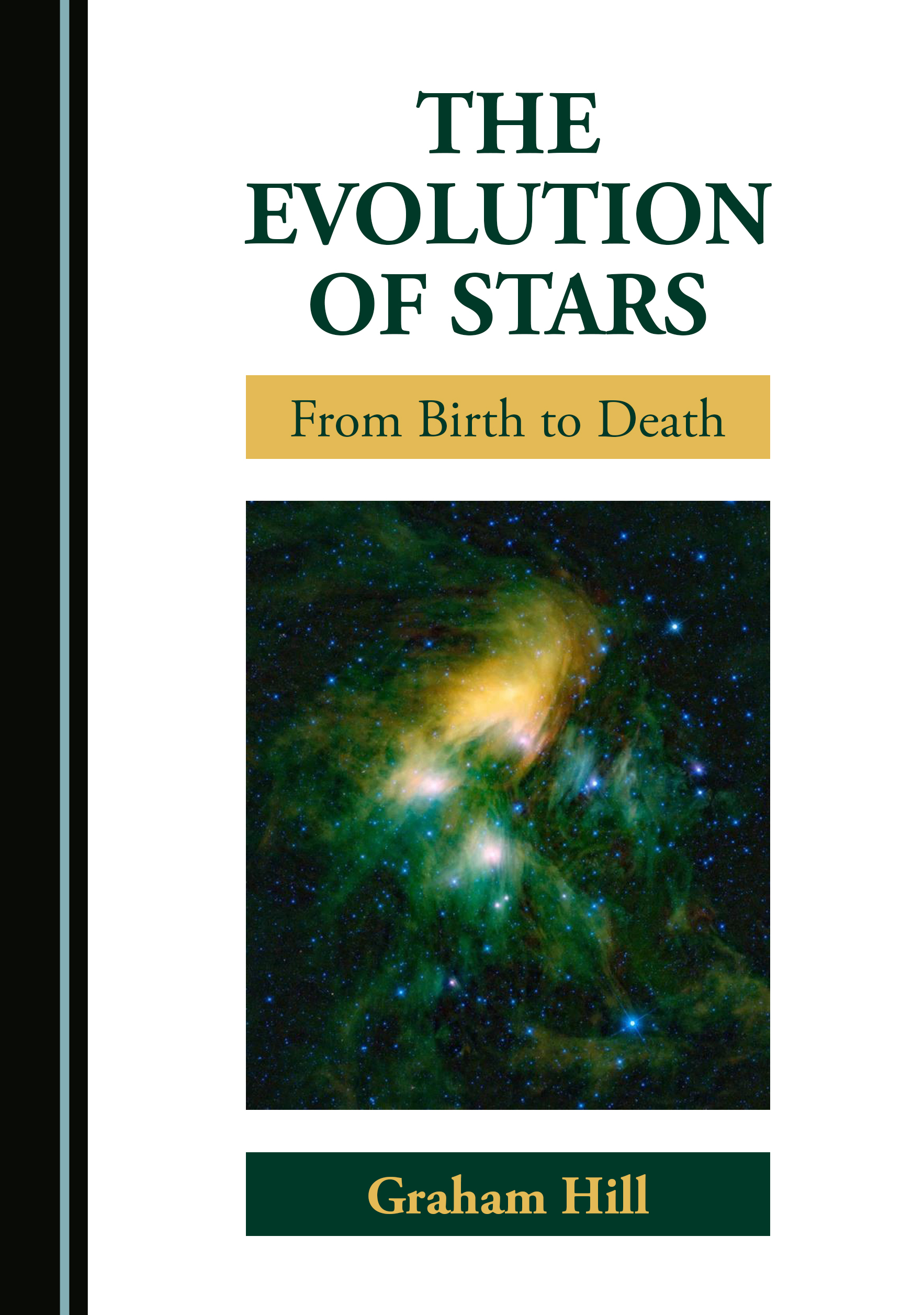 While the title of the book is The Evolution of Stars, it is about more than this. Over the professional lifetime of the author, astronomy moved from the techniques available in the 1880s, when the measurement of photographic plates became part of the science, to the massive changes begun 60 years ago when astronomy began its transition to what we see now—a digital world where data is exchanged from ‘the Cloud’ to the devices we hold in our hands. This period of astronomy is what the author lived through, and it is chronicled in this book, which, in its way, is as much an historical document as it is a discussion of what its title implies, a discourse on the evolution of the stars.

We all know about the stars—they are points of light we see at night, but what else do we know about them? How do they get to be stars? While we know that the Sun is a star, why is it the way it is? Is it normal among the stars or something special? How will it end—with a bang or a whimper? If we know about the Sun’s life history, do all the stars follow its pattern? We see vast clouds of gas when we look at the Milky Way, but what role do the clouds play in a star’s evolution, and how is that related to the elements that comprise our bodies? And these black hole things, are they real? Will we get sucked into them? Anyway, why bother about the stars at all, of what value are they? These are a few—among many—of the questions that the author answers in this book.

Written in plain English, The Evolution of Stars brings what is a complex subject within the reach of everyone, but without the use of equations and the complex mathematics which are the basis for our coming to grips with stars that evolve over millions to billions of years. How is this possible, since we’ve only begun to understand the subject since the 1950s, though the roots of our understanding predating this go back to the start of the 20th century? However, the discussion does not occur in a vacuum; what we know today is rooted in the past, not just since the advent of the telescope, but in the time of the ancient Greeks, who gave us the first clear view of the structure of our own solar system over 2000 years ago.

The author provides a personal point of view of astronomy’s developments since the ‘60s when the science began to move away from the measuring devices created in the 1800s. As a graduate student, he got his first taste of the ‘old-fashioned way’ of doing things. At that time, when the old ways were rapidly giving way to the future, numerical analysis and computer programming were in their infancy, copying machines non-existent, and arithmetic was generally performed using slide rules. Compare that to today, with hand-held calculators and the modern-day computers where calculations are described in terms of millions of operations per second! Since the ‘60s, computers have not been the only development that changed the face of astronomy, as advances in detectors and the associated electronics played a critical role. At that point, brightness measurements accurate to within 0.5% were made the hard way with one star observed at a time throughout a night, in contrast to the present day, where thousands of stars are routinely measured nightly using panoramic detectors related to those found within your everyday telephone. The author’s experience spans the time when talking to a computer was done with holes punched in a strip of tape, progressing over the years to boxes of IBM punched cards, later replaced by electronic keyboards and graphics terminals hardwired to their computer hosts, to today where interactive data flow in megabytes and gigabytes through the ethers. Buried within these advances was the move away from the photographic plate, the ubiquitous detector with its astronomical beginnings in the late 1800s. Over the last thirty years, the replacement of photographic plates with new panoramic digital detectors capable of measuring precisions accurate to within <1% has transformed astronomy. In contrast, while the flow of data has increased a million-fold, the sizes of the computers have shrunk. Where once computers were the size of a room, now they sit on our desk! At one point, we fed our programs into computers located somewhere nearby, but now we can routinely link up with machines continents away and from the comfort of our own home. These changes in detectors and the shift from analogue devices to digital have meant that astronomers over the last 60 years have had to continually adapt to these developments; changing the way they worked according to the improvements in computers, the growth and control of digital displays and ever-changing software. In addition, while computers have shrunk in size, telescope sizes have increased even to the extent that a 100-metre-telescope has been envisaged and may be built one day. These developments have altered the way that astronomers work; whereas, in the past, they often worked singly or in small groups, now the amount of data flowing from massive ground-based telescopes and their space-based cousins such as Hubble and Gaia require teams to process the data and make their subsequent analysis.

The stars are born out of the vast clouds of gas that are found in interstellar space, and, from this birth, their subsequent evolution may take place in a few million years or, in the case of the Sun, over 4.5 billion years. Why such a difference? This book gives an understandable history of the Sun, along with other stars that undergo more dramatic evolution. How could we know these timescales and the processes that drive some stars to a rapid immolation and a size of several kilometres, while others, like the Sun, over billions of years become large enough to swallow all the planets and asteroids as far out as Jupiter? What observations have been made that lead us to these conclusions? How do we find stars’ distances, temperatures, and sizes in order to be able to uncover their life history? How do computers and technology fit into these studies? What role does the Hubble telescope play in all this, as well as other spacecraft that gather data uninterrupted by the clouds that hinder earthbound observing?

It is hoped that the writer’s amazement and adaption to these developments over the sixty years of his life as a research scientist are imparted to the reader. He adds his own personal touch to the story that helps take its recounting from a potentially dry description of the stars and their evolution to what is involved in being an observational astronomer in the first place. Times have changed, and the author provides the reader with his take on what has swept him along from astronomy’s time of horse-and-cart to that of the Ferraris.

Graham Hill received a BSc at Auckland University, New Zealand, before obtaining his MA from the University of Minnesota and a PhD from the University of Texas in Austin. His interest has always been in stellar astronomy, and he worked for almost 30 years as a stellar spectroscopist at the Dominion Astrophysical Observatory in British Colombia, Canada. In addition to this work, which took him to diverse mountaintops around the world, he developed software, in part with colleagues. This software was aimed at solving light curves and, later, at the digital analysis of photographic spectra. Always a keen observer, he worked with a colleague to measure interstellar reddening at the North Galactic Pole and, based on spectroscopic data, measured the amount of missing mass in the solar neighbourhood. Over the last 30 years, he has been engaged in observing and deriving masses for eclipsing binaries both within the Milky Way and in the Small Magellanic Cloud, as well as writing software for the abundance analysis of high resolution spectra.

The Evolution of Stars: From Birth to Death is available now in Paperback and Hardback at a 25% discount. Enter PROMO25 at the checkout to redeem.