Student Power, Democracy and Revolution in the Sixties 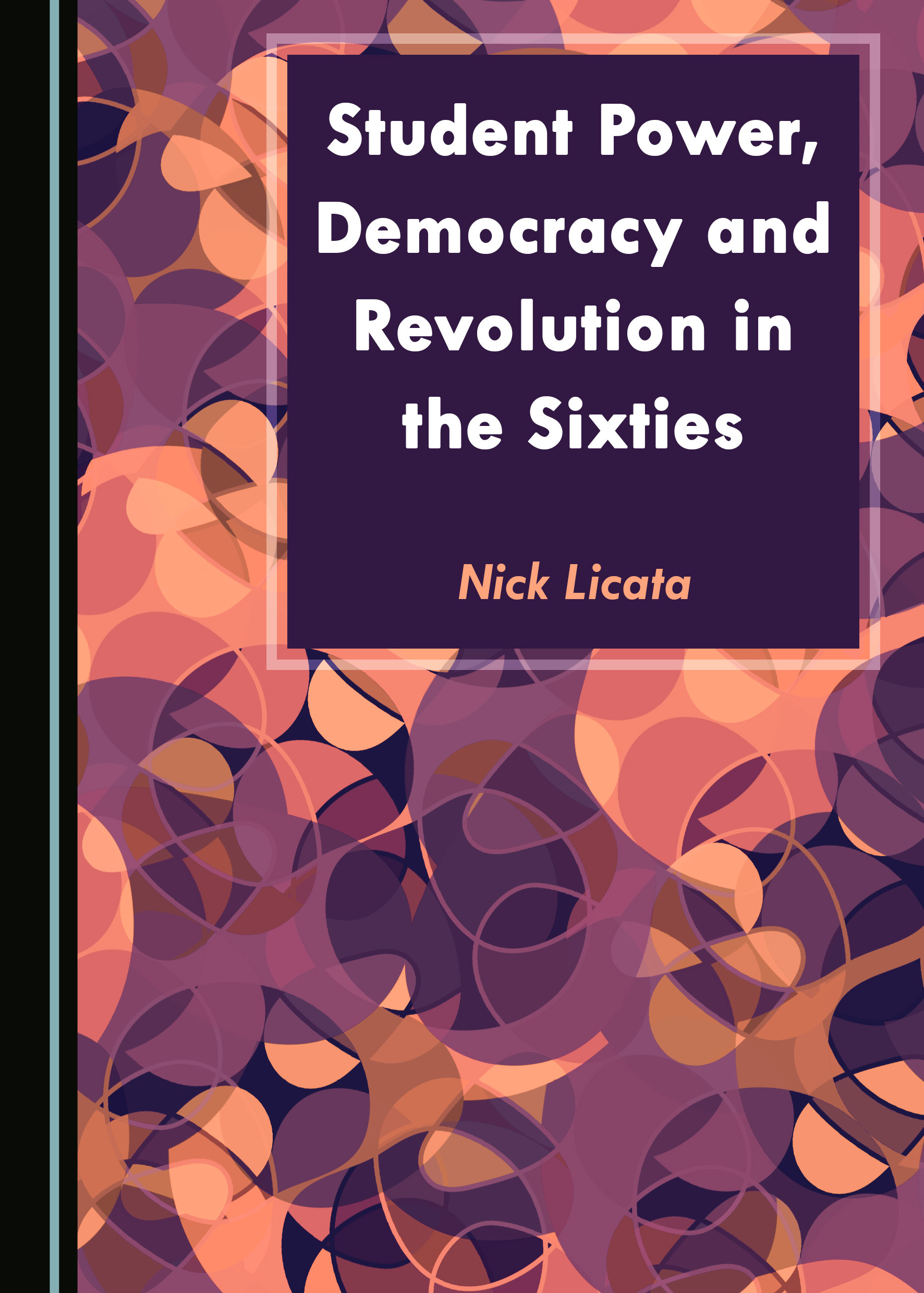 Since the Sixties, college students have disrupted our politics and culture. On-campus, their activism has reshaped our higher education institutions; off-campus, they have expanded our concept of freedom. Students questioned the status quo by asking, why not try something different? Why not pursue peace instead of war? Why not treat blacks and whites alike? Why not protest if our democracy is not working?

A higher percentage of youth than ever before began attending college in the Sixties. Although overwhelmingly white, new ideas and knowledge pushed them to seek justice for everyone. While the Berkeley Free Speech movement and students occupying Columbia University buildings grabbed national attention, an activist student movement slowly formed in hundreds of lesser-known colleges. I attended one in the Ohio Bible Belt, where Republicans dominated the town and segregated fraternities dominated the campus.

Like the majority of students, I was from a white working middle-class family. My parents never completed high school, worked at factory jobs, and voted for the Democrats out of habit.

Going to college seemed like an unattainable dream. My grades were solidly average, and my parents saved for years to pay for one year of college. Two-year community colleges had not yet emerged. Thanks to federal low-interest loans and working in the dorm’s cafeteria and at McDonald’s during the summer, I attended Bowling Green State University, aka BG.

Books about Sixties activism often focus on the most radical and visible student-initiated groups: the Weathermen, the Black Panthers, and Students for a Democratic Society (SDS). Most of them lack an insider’s view of the genesis of the student power movement and the counterculture phenomena. Absent is a feel of what average students experienced trying to adjust to those turbulent times. Notably missing is how activist students in the nation’s conservative regions tried to make radical changes peacefully. These insights are at the core of Student Power, Democracy and Revolution in the Sixties.

During my freshman year (1965 to 1966), the only demonstration that occurred was a spontaneous outpouring of hundreds of male students rushing over to the girls’ dormitories, climbing onto the sides of their buildings, and chanting, “We want panties.” The riot caused an estimated $600 of damage and a displaced park bench left in the middle of a road. Meanwhile, the campus was seemingly unaware that the combat death rate that month for American soldiers in Vietnam was averaging 100 per week.

In my sophomore year, I joined a handful of students to start a chapter of SDS. It was a bold move to take at a university that hosted the American Nazi Party leader to speak to 3,000 attentive listeners that year. He told them that they had to fight for the “White majority” in this country. On BG’s campus, that was a pretty big majority. Black students made up just 1 percent of our student body.

Our chapter of SDS promoted a democracy to allow all citizens to participate in it equally. None of us were interested in the impenetrable language of leftist ideology. However, we did push students to question what was happening around them. Many recognized that they had no classes that taught the history of Blacks or women fighting for the right to vote or how the mainstream culture limited everyone’s opportunities. In response, we initiated a Free University providing open-air classrooms on these topics. The university’s Administration and faculty responded by creating new curricula. Eventually, whole new departments arose on hundreds of campuses dealing with Black and minority histories and women’s role in society.

We openly questioned the necessity of the Vietnam War in light of the mounting Vietnamese civilian deaths and the 30,000 casualties from our young soldiers. Consequently, we were considered communist sympathizers. The funny thing is, I had always wanted to meet a Communist since I grew up reading my Dad’s John Birch Society pamphlets. Now, I was possibly one of them.

This book is also about the cultural explosion that upended normality through simple acts of rebellion. In spring, a “Gentle Thursday” celebration occurred. The idea originated from a Texas SDS chapter. The event urged students to break out of their daily routine and alter their immediate environment. For one day, they didn’t wear shoes on campus, they held picnics on the campus lawns, and, most daringly, they broke the dress codes; women did not wear the mandatory skirt to their dorm cafeterias to have dinner. Alerted to this planned rebellion, the campus police came out prepared to do battle with us. Instead, they departed confused and amused by the campus’s central quad awash with colored chalked art on the sidewalks.

In the Sixties, anarchists were not known as firebomb throwers. Instead, they were counterculture troubadours, represented by the Yippies. They led thousands to the Pentagon to protest the war and threw Wall Street into panic by tossing dollar bills onto their Stock Exchange floor.

Our college life at BG was so culturally prosaic that the university newspaper headlined a student who had dropped out of college to visit San Francisco’s hippie mecca, the Haight Asbury neighborhood. A few months later, 21 police from five different bureaus raided the house that he and other cultural disruptors were renting. He was imprisoned for a year because they found a single joint of marijuana in the place.

Afterwards, I and others were determined to make a difference. Our SDS chapter began listening to what students wanted and not preaching to them about what they should want. I was then elected student body president, even though I had led our SDS chapter. I may be the only SDS organizer in the country elected to lead a university student government and remain in power.

Although I opposed the Vietnam War and promoted civil rights, I got the majority of the student council members to make some dramatic changes. They were still very conservative, representing a student body that supported Richard Nixon over Hubert Humphrey 64 percent to 18 percent, even though Nixon only beat Humphrey by 1 percent.

Nevertheless, they supported conscientious objector counseling on campus and passed a bill of rights for students that negated many of the Administration’s social codes. Most importantly, the council reversed the discriminatory institutional practices that had led to a 99% white student body. When Black students politely asked for two representatives on the council, the council agreed.

While student activism was altering colleges across the country, SDS imploded in 1969. I attended one of the last national conferences. At the final session, the two largest ideological factions chanted competing slogans “Ho Ho Ho Chi Minh” and “Mao Mao Mao Tse-tung.” I wrote in our BG student newspaper that SDS “would falter and die, even if the student movement itself continued to grow.” Months later, the nation’s largest and most influential student organization was no more, but student activism continued to grow.

Activists in the twenty-first century can learn from the successes and failures of the Sixties. It is understanding that progress requires striking a balance between passion and pragmatism and between tactics and strategy, and, above all, recognizing that culture and politics are intertwined. Going forward is fueled by a culture that enjoys life and working with others so that they too can enjoy life.

"Licata tells how the student movement played a critical adversary role to the prevailing culture of accepting authority without questioning who benefits."
Thom Hartmann
The Thom Hartmann Program

"Student Power, Democracy and Revolution in the Sixties demonstrates how grand movements, like the student movement, begin by taking small steps."
Katrina vanden Heuvel
Former editor of The Nation

"There is no more engaging or informative read to know how ‘60s campus protests unrolled and felt to participants ‘on the ground.’"
Paul Lauter
Author of Our Sixties: An Activist’s History; Past President of the American Studies Association.

"This fascinating book should be on every student’s shelf."
Peter Dreier
Founding Chair of the Urban and Environmental Policy Department, Occidental College

"You want to read this book. Licata writes with insight and humor about politics, student activism, counterculture, and music (yes, he went to Woodstock)."
Lance Bennett
Professor of Sociology, University of Washington; author of Communicating the Future

"Student Power, Democracy and Revolution in the Sixties sizzles with the freshness of a first-person account of navigating his way through the pitfalls of the far left and far right. He became a believer in step-by-step democratic change."
Harry Boyte
Backyard Revolution

"Lessons are learned by traveling with Nick Licata—he was part of a movement that intended to change the community and the country for the better. As human beings, we are at our best when we believe in something much larger than ourselves. Therein lies the real hope for a better world." (read the full review)
Patricia Vaccarino, founder of PR for People

Student Power, Democracy and Revolution in the Sixties is available now in Hardback and Paperback at a 25% discount. Enter PROMO25 at the checkout to redeem.