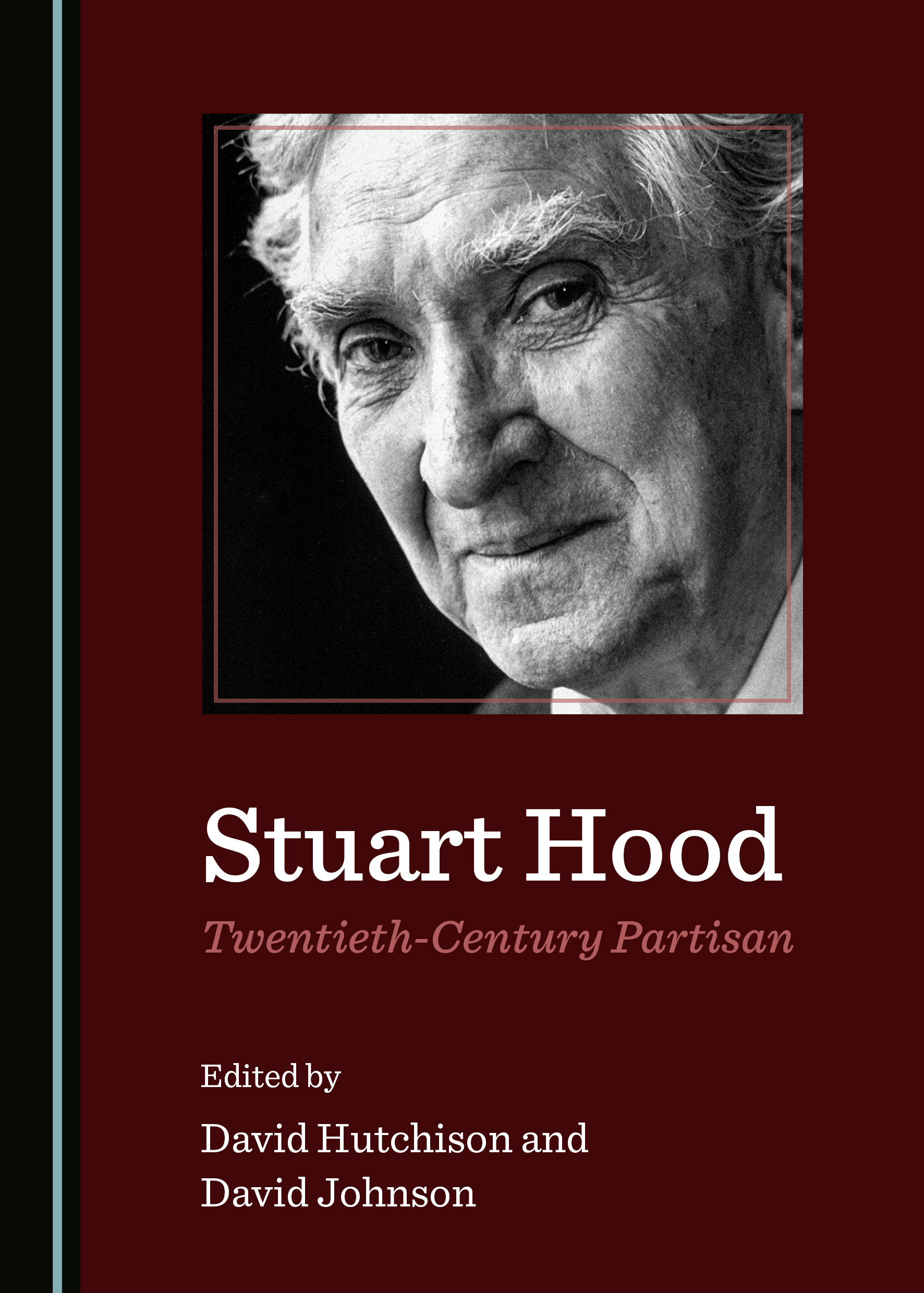 In this edition of our 'Book in Focus' blog series, David Hutchison and David Johnson discuss the fascinating life of Scottish novelist, broadcaster and political radical Stuart Hood, who is the subject of their recently-published edited collection, Stuart Hood, Twentieth-Century Partisan.

Stuart Hood, born in a north-east Scottish village in 1915, is memorialised in Tuscany, where in 1944 he fought with the partisans against the Italian fascists and German invaders. After the war, like many talented Scots, he made his mark south of the border, serving as director of BBC Television; as a Professor of Film Studies at the Royal College of Art; and as an inspiring Lecturer at the University of Sussex. He wrote eight well-received novels and translated over forty literary and political works from German, Italian, French and Russian. To explore Hood’s life and writings is to discover unique insights into a century of war and revolution, of hope and betrayal.

All these aspects of this extraordinary life are discussed in Stuart Hood, Twentieth-Century Partisan, a new book edited by David Hutchison and David Johnson. Written by contributors from a range of disciplines, the collection investigates Hood’s multi-faceted contribution to European, British and Scottish culture. Hood’s writings on his experiences in the Italian Resistance and its much-contested histories illuminate today’s troubled politics. His practical work in major broadcasting organisations, as well as his theoretical writing on the media, still speak eloquently to the age of fake news and trans-national media conglomerates. His novels—rooted in his Scottish upbringing, but deeply engaged with the historical legacies and political concerns of European literature—add something entirely original to the Scottish literary canon.

Hood’s radical politics developed in 1930s Edinburgh, when he joined the Communist Party, acutely conscious of the shadow of fascism and war, and inspired by working-class people who contributed everything they could afford in order to send aid to the beleaguered Spanish Republic. These formative commitments inspired his decision to fight with the partisans in Italy, when he was released from the POW camp in which he was being held after being captured in North Africa. However, these commitments were modified during his time in Berlin at the end of war, where he learned of the realities of life in the Soviet Union, an experience that led to an unshakeable rejection of Stalinism. After the war, Hood found other outlets to express his socialist convictions—in campaigns for a free press; as an active trade-unionist (he was for a period Vice-President of the Association of Cinematograph, Television and Allied Technicians); and briefly as a member of the Trotskyist Workers Revolutionary Party.

It was in Berlin, while working in Intelligence, that Hood was first pointed in the direction of the BBC. He joined the Corporation as a sub-editor in the European service, before moving into the domestic services and then to head up the news operation, and finally becoming director of television in 1961. Under his leadership, ground-breaking programmes as varied as That Was the Week That Was, Z Cars, Steptoe and Son and The Wednesday Play were introduced, and radical directors, producers and writers like Tony Garnett, Ken Loach, Roger Smith, John McGrath, Roy Battersby, Troy Kennedy Martin and Kenith Trodd were afforded the space and resources to develop radical programmes and dramas. 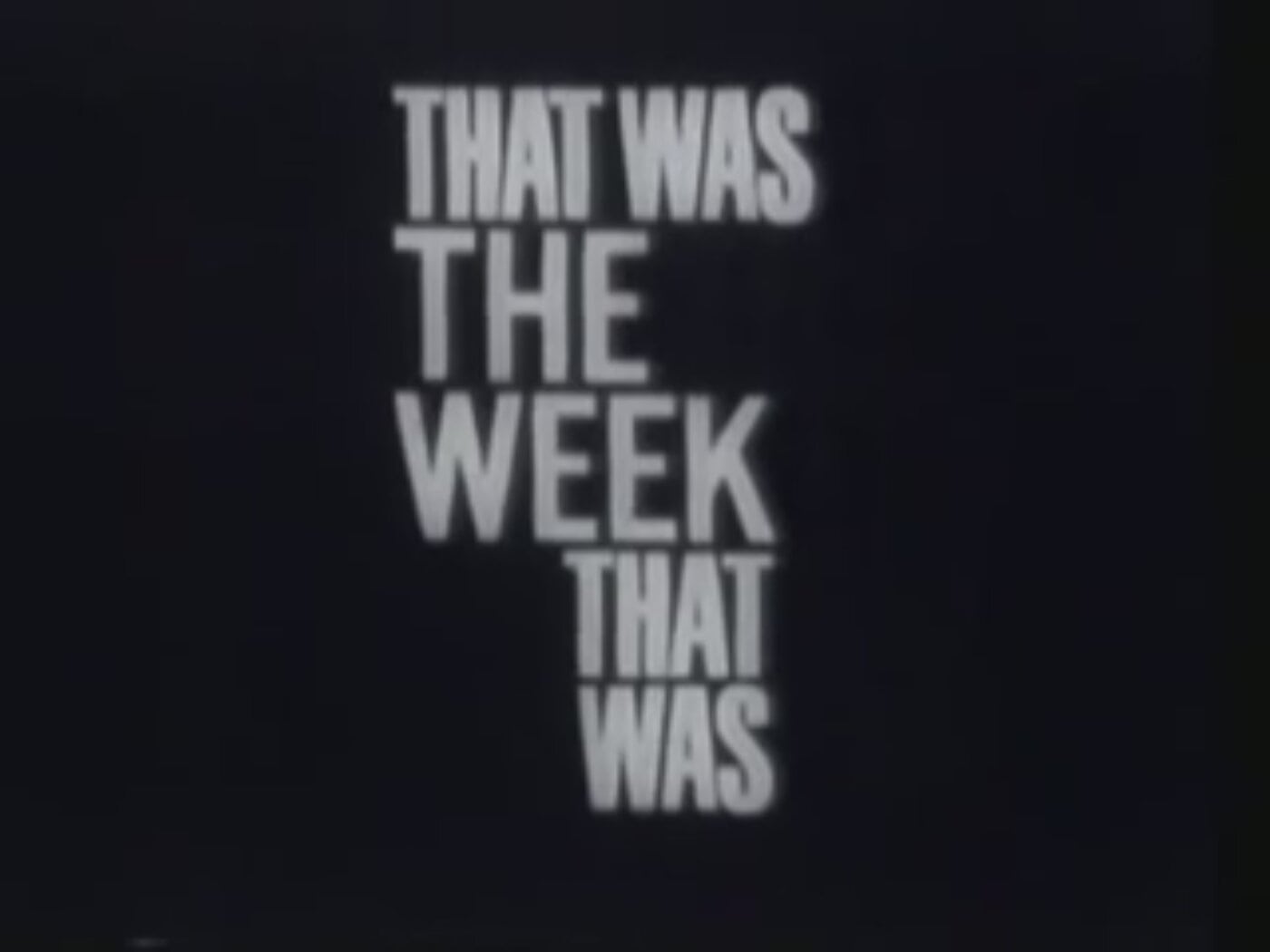 Stuart Hood helped pioneer numerous groundbreaking shows, including satirical talk-show That Was the Week That Was

Hood left the BBC abruptly in 1964, moving on to work for a brief period as programme controller for Associated Rediffusion, the London ITV company. He did not enjoy his time there, later ruefully reflecting that he had failed to remove the quiz show Double Your Money from the airwaves. After leaving ITV, Hood pursued an academic career, teaching film and television at the Royal College of Art.

He wrote and co-wrote several books on the broadcasting industry, becoming a pioneering authority in media studies. The themes to which he returns constantly in these books, and particularly in On Television, are those of ownership, finance and control. These themes centre upon the concept of public service broadcasting, that is to say, broadcasting which is not market-driven, but sets out to offer citizens a varied menu of ‘information, education and entertainment’, to use the oft-quoted phrase supposedly originated by John Reith, the first director general of the BBC. When Hood’s books appeared, it was already clear that the model of public service broadcasting in the UK, which had provided not only the BBC, but also the other commercially financed terrestrial services, ITV, Channel 4 and Channel 5, was under grave threat. In the fourth edition of On Television, published in 1997, there is a clear and prescient anxiety that a two-tier system might develop, with the ability to pay determining what level of access to services viewers have.

In parallel with his demanding work at the BBC and as a university teacher, Hood translated about 40 books by prominent Italian, German and other writers, including Dario Fo, Pier Paolo Pasolini, and his close friend, Erich Fried. Hood’s survival as a partisan had depended upon his ability to pass as a native Italian-speaker, and his extraordinary facility with languages continued to be exercised to great effect in his translating work.

Hood’s novels characteristically have an autobiographical dimension, with protagonists who often resemble their creator. Peter Sinclair, the main character in Hood’s A Den of Foxes (1991), is described in terms that capture accurately the author’s own enduring fears and hopes: “He would define himself as a person of the Left who, given his generation, has followed a familiar political trajectory from the romantic communism of the Thirties and the Popular Front through the agony of the defeat of Republican Spain to an anti-Fascist war, disillusion with Stalinism and the long painful search here and there on the Left for a group, a party dedicated to socialism”.

“Stuart Hood’s life is fascinating. He was a participant in many critical events of the last century, of which he revealed little. A fighter with Italian partisans, an intellectual, a novelist, active in Trotskyist politics yet a figure of the BBC establishment—it is hard to think of someone so intriguing or so enigmatic. I look forward to learning more about this extraordinary man.”

“Stuart Hood was an extraordinary figure. A partisan in Italy in the Second World War, writer of fiction and non-fiction, acute cultural commentator, leading figure in the BBC, academic, a brilliant translator and much more besides. This collection of sparkling essays, the first to look at Hood’s life and works in an in-depth way, provides context and analysis and a flavour of Hood’s talents and contributions in so many fields.”

David Hutchison is Honorary Professor in Media Policy at Glasgow Caledonian University. His publications include Media Policy (1999) and Scotland’s Referendum and the Media (as co-editor; 2016). He has been a member of the BBC’s General Advisory Council and chair of Regional Screen Scotland.

David Johnson is Professor of Literature in the Department of English and Creative Writing at the Open University, UK. He is the author of Shakespeare and South Africa (1996), Imagining the Cape Colony (2012), and Dreaming of Freedom in South Africa (2019).

Stuart Hood, Twentieth-Century Partisan is available now. Enter the code PROMO25 at the checkout for a 25% discount.