A Source Book for Research and Development 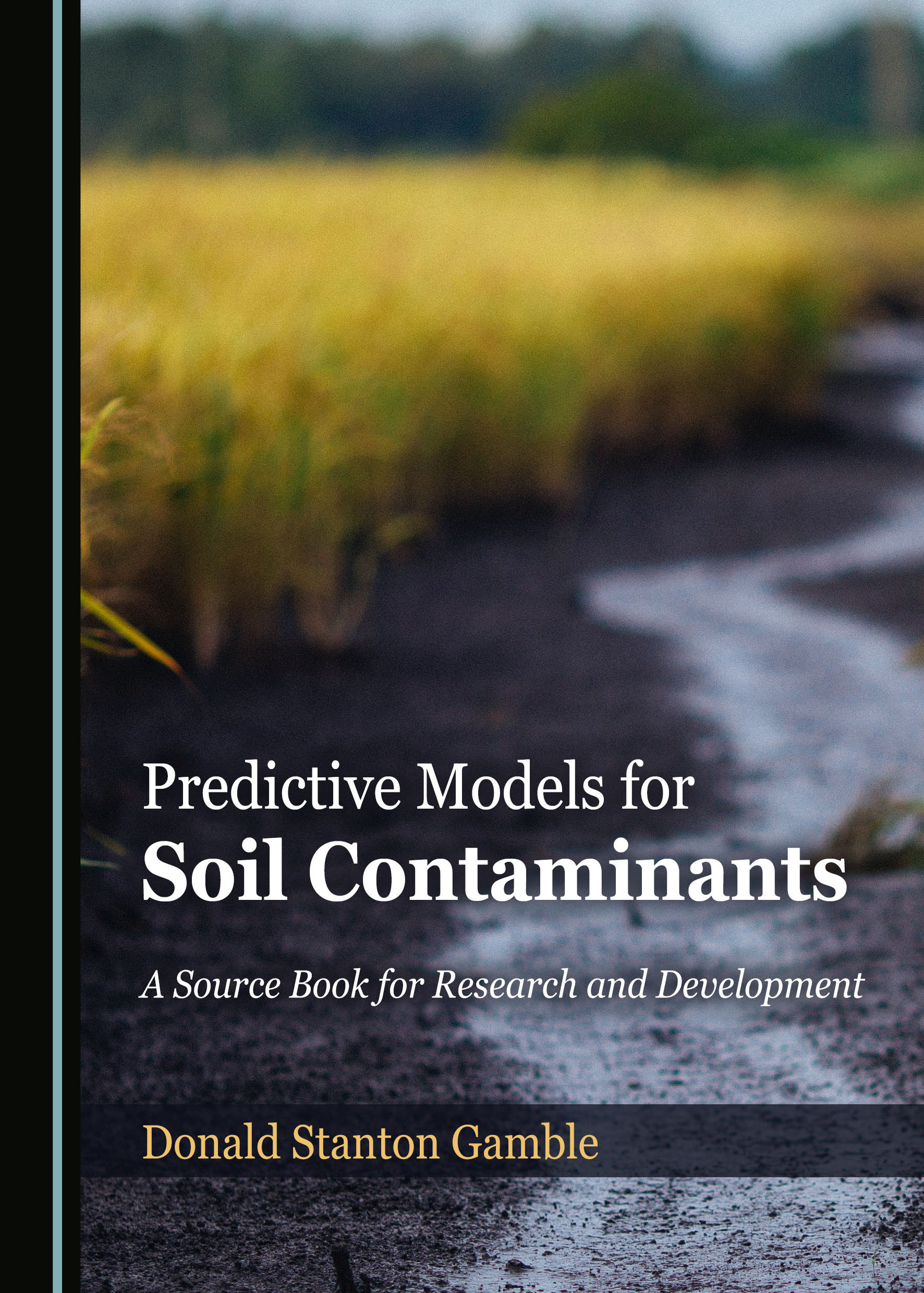 The scale of the issue addressed in Predictive Models for Soil Contaminants must be emphasized. All of the food for 7.8 billion people comes from soil and water. Historically, famines have been caused by pest damage or the destruction of crops. In addition, when large tonnages of pest control chemicals supplied by multinational corporations are used by industrial-scale agriculture, that same soil and water must be protected as much as possible. In the real world, there are no perfect answers, only practical tradeoffs. The chemistry in this book is needed to ensure the best possible tradeoff in this regard. For that purpose, chemists and their graduate students from Halifax to Vancouver, Canada, participated in the type of experiments that made possible the 13 predictive spreadsheet models in this book.

Soil is the ultimate example of a physically and chemically irregular, dynamic mixture. For 50 years, it was universally assumed to be obvious that chemical reaction mechanisms in soils could not be quantitatively described or predicted. Standard reference textbooks all recorded the same chemically meaningless, empirical parameters that were used by government regulators and multinational corporations worldwide for the authorized use of agricultural pesticides. Relevant chemical kinetics were not possible that way. As mentioned, only practical tradeoffs are possible. The tradeoff here is the balance between the protection of industrial-scale agricultural crops from pest damage and the protection of soil and water from chemical contamination. Right up to this day, in March 2021, the use of chemically meaningless parameters and guesswork by government regulators and multinational corporations has caused confusion and conflicts, resulting in numerous social and political problems. In the United States, 11 state governments, a multinational corporation and a farm organization have all appeared in court for lawsuits.

This is where the book’s predictive models and supporting experiments come into play. A long-range research program had originated in the Ottawa laboratories of Agriculture and Agri-Food Canada. With university collaborations, new experimental methods and new theoretical concepts enabled rigorous physical chemistry to be applied, for the first time, to physical processes and chemical reactions in soils. The meaningless parameters were replaced by rigorous chemical stoichiometry. Each physical process and chemical reaction was separately described by conventional chemical kinetics, and connected when appropriate. These experiments are unique, with this research not having been conducted anywhere except in this research program. More reasonable tradeoffs are now possible between crop protection and the protection of soil and water. The standard reference textbooks with meaningless parameters are now obsolete.

The research reported in the book should now be improved and extended. As a start, this applies to the analytical chemistry.

Donald Stanton Gamble received his BSc and MSc in Chemistry from Dalhousie University, Canada, and his PhD in Physical Chemistry from the State University at Buffalo, USA. He is currently Adjunct Professor in the Chemistry Department of Saint Mary’s University, Canada, and his contributions to theory and experimental methods have resulted in his appointment as Fellow of the Chemical Institute of Canada. His research focuses on physical chemistry and analytical chemistry of soil and water, with a particular interest in soil contaminants.

Predictive Models for Soil Contaminants: A Source Book for Research and Development is available now. Enter the code PROMO25 at the checkout for a 25% discount