Long-Term Changes in the Earth’s Climate 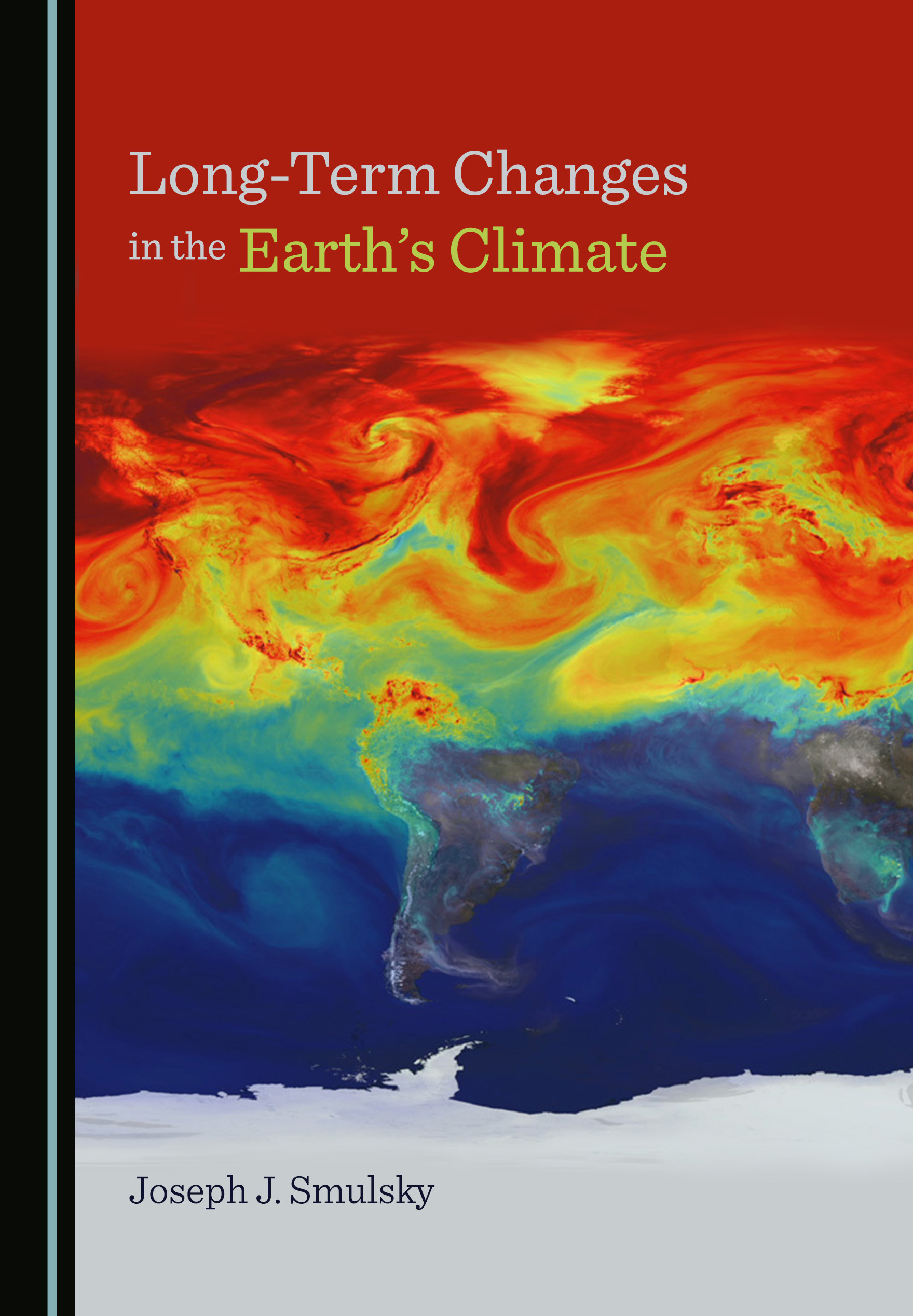 This book explores long-term climate change that has taken place over tens of thousands of years. The theory that describes such change is called the “Astronomical Theory of Climate Change”, and was created by Milutin Milankovitch 100 years ago, though its results could not explain the events of the paleoclimate. However, in the 20th century, Milankovitch’s theory was consistently reproduced by several generations of his followers.

Long-Term Changes in the Earth’s Climate presents a new “Astronomical Theory of Climate Change”, which explains the paleoclimate and defines it. It shows why, throughout the history of the Earth, such cooling events as Ice Ages have taken place, and when. It also explains how our world functions, noting that the rotational and orbital movements of the Earth give us day and night, winter and summer. The interactions of the bodies of the Solar System lead to a change in such movements of the Earth, and can cause alterations on the surface of the Earth.

The author of the book has been dealing with this problem for decades, and this text presents his resolutions of several difficult problems in the fields of astronomy, mechanics, mathematics and celestial mechanics. It highlights another way of studying the long-term climate change problem, shunning the equations proposed by the author’s predecessors and, instead, deriving such equations from fundamental principles in the field.

The central problems to be solved while developing the “Astronomical Theory of Climate Change” were the issues of the orbital motion of Solar System bodies, the Earth’s rotational motion, and the Earth’s insolation as dependent on its orbital and rotational elements. In solving the first and third problems, this book confirms the results obtained by the author’s predecessors. However, the results concerning the Earth’s rotational motion presented here differ from those of previous studies, with the oscillation amplitude of obliquity being seven times greater here. Such variations yield insolation changes that clearly explain the climate changes that have occurred in the past.

The problems of the evolution of the Earth’s orbital and rotational motions, which form the basis of the “Astronomical Theory of Climate Change”, are among the most serious challenges in contemporary science. This book successfully solves these problems, presenting results that can be comprehended by a wide circle of readers. This is achieved with the help of 67 graphs and drawings. This abundance of illustrations has made the book more concise and informative. Data provided in the figures greatly exceed the text in volume, and they will serve as the basis for further research in various fields of science.

The book contains seven chapters and six appendices. The first chapter deals with the evolution of the orbital and rotational movements of the Earth. It begins by presenting figures and graphs that introduce the main parameters of the Earth’s movements in ordinary space and in a spherical coordinate system. After this, changes in the parameters of the Earth’s orbital motion over periods of six thousand years and one million years, and changes in the Earth’s rotational motion over a period of one million years, are considered.

Processes proceeding on the Earth depend on the relative change of the planet’s orbit with respect to its equator. Over different time intervals from 0.1 to ten thousand years, the evolution of the parameters of the relative motion is shown. In the same chapter, the solutions obtained are compared with available observational data and with the numerical results that were obtained by other authors.

The second chapter begins with a consideration of the geometric characteristics of the Earth’s insolation, before moving on to discuss the evolution of the inclination between the orbital plane of the Earth and its equatorial plane, as well as the evolution of the Earth’s insolation over the last 200,000 years. The variation of insolation over the Earth’s latitude in the contemporary epoch, and in the warmest and coldest epochs, is demonstrated. Over a time interval of the last 200,000 years, 13 insolation periods of climate change are identified. Over the interval of the last 50,000 years, those periods are then compared with paleoclimate data, and it is shown that the main events (that is, the Holocene optimum, the penultimate and last Ice Ages, and the warm period between these glacial periods) are consistent with the identified insolation periods.

In Chapter Four, changes in the obliquity and insolation are presented over million-year time intervals. In all those graphs, changes in the mentioned quantities according to the previous “Astronomical Theory of Climate Change” are given for comparison.

In the fifth chapter, types of climates due to insolation are analysed over the last 20 million years. Periods with climate extremes, that is, with extreme cold and extreme warm climate levels, proved to be distributed rather unevenly. Climate characteristics over million-year time intervals, that is, a calm climate, an ordinary climate, and a not-calm climate, are introduced.

In Chapter Six, changes in insolation at different latitudes in the Northern Hemisphere are considered at time steps of one year. Short period oscillations of insolation with a period of 18.6 years and less are demonstrated, and reasons for the occurrence of those fluctuations are identified. The evolution of obliquity and insolation in future epochs is also considered over periods of 200,000 years and one million years, while the basic properties of the climate is shown to be the same as those in previous epochs. From a comparison of the data on insolation over a period of one million years, it follows that the span of the subsequent million years will see a milder climate than in the previous epoch.

Chapter Seven, titled “Comparisons, Supplements, and Verification”, is devoted to the consideration of some additional issues widening the application of the new “Astronomical Theory of Climate Change”. In the first subsection, the insolation periods of the paleoclimate are compared with marine isotopic stages (MISs) over a period of the last five million years. MIS periods were identified by analysing the changes in the content of heavy oxygen isotope 18О in the bottom sediments of the World Ocean. As a result of this analysis, it is found that MISs do not adequately reflect paleoclimate changes.

In the second subsection, the movement of the Sun in the sky at different latitudes, and at different times of the day and in different part of year, is considered. On this basis, the length of daylight is analysed, including the length of the polar day and the time of its onset. The results are provided in the form of graphs and illustrations, both for the present epoch and for other time periods.

Subsection Three discusses the evidence of the results obtained. The formulation of problems in the new astronomical theory and in previous theories is considered. In the new statement of this theory, four problems are posed and evidence is presented for each of them. The physical reason that distinguishes the new astronomical theory from its previous version is also explained here.

Overall, the book will be of interest to researchers working in the fields of earth sciences, astronomy, mechanics, and physics. It will also be of interest to students and graduate students during the preparation of their term papers and dissertations. It shows how our world functions, why the observed phenomena occur, and how they evolve, and is necessary in order to understand short-term climate fluctuations.

J.J. Smulsky is a Doctor of physical-Mathematical Sciences, Professor in Theoretical and Applied Mechanics, and a Chief Scientist of the Institute of the Earth’s Cryosphere, Russia. He is the author of more than 150 scientific works and inventions, including 10 monographs, such as New Astronomical Theory of Ice Ages (in Russian; 2018), Future Space Problems and Their Solutions (2018), and The Upcoming Tasks of Fundamental Science (in Russian; 2019). His research interests include the foundations of mechanics and physics, vortex flow, air pollution, wind energy, long-term climate changes, and future space problems, among others.

Long-Term Changes in the Earth’s Climate is available now in Hardback at a 25% discount. Enter the code PROMO25 at checkout to redeem. eBook available from Google Play.