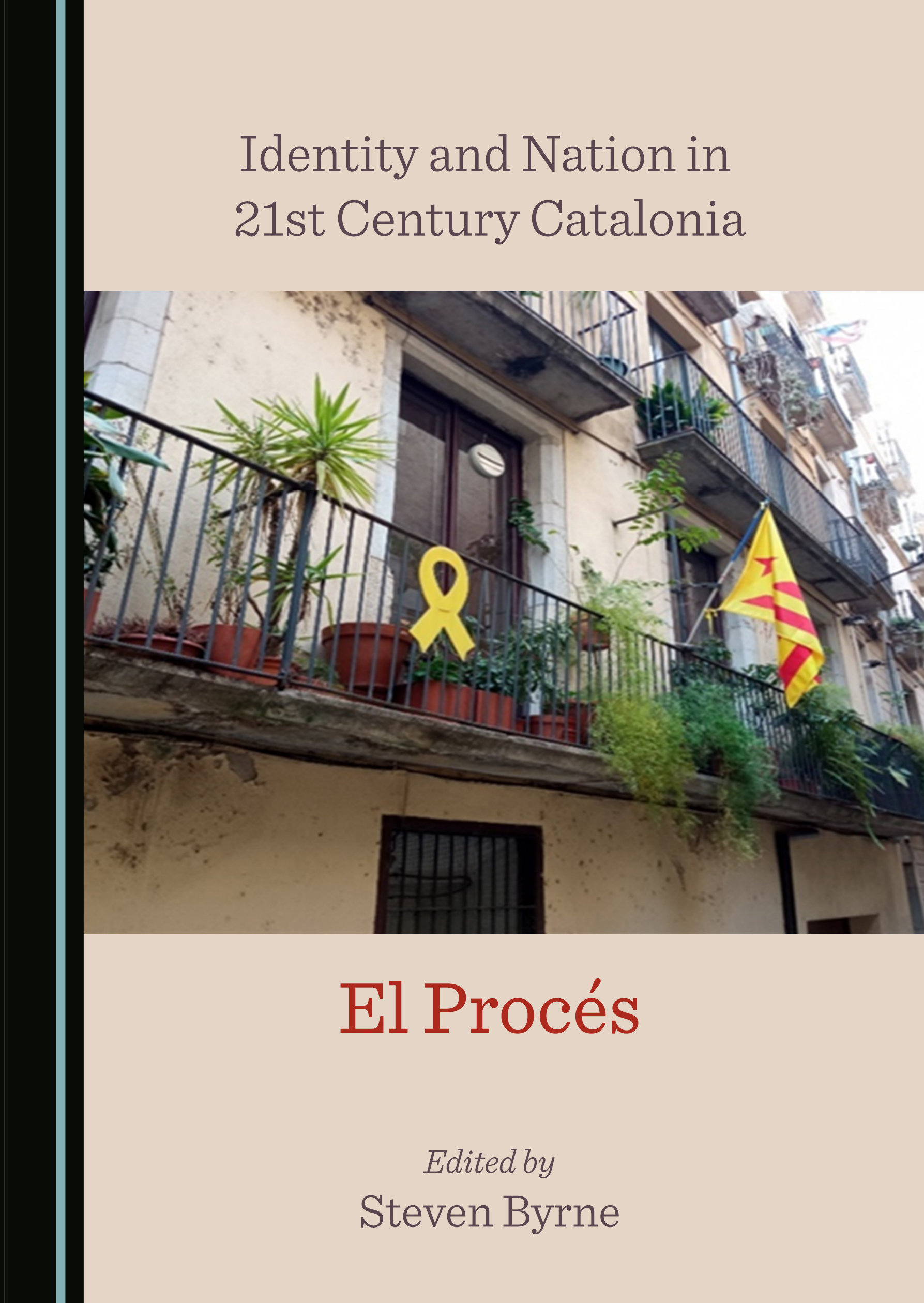 Many would have heard of Catalonia in passing, as it periodically appears in news streams or as the iconic Barcelona FC play and the commentator covering the game refer to the teams as the ‘Catalans’ or the ‘Catalan’ club. For me, this occurrence was always curious. Why refer to the club as ‘Catalans’? Is there any true thought behind the term? Are those who utter it aware of the connotations associated with the term and the weight of meaning that it has for so many? This is just one of the countless examples of how terminology can act as an important cognitive cue. However, this was not where my interest in the Catalan case originated.

My first visit to Catalonia was in the spring of 2009. As an undergraduate student at the University of Limerick (Ireland), I took up a role as an English language teacher in an activity camp on the border between the Barcelona and Girona provinces. This role was part of my university work placement at the time. Although, what relationship this had to my BA in Economics and Sociology still baffles me. Nonetheless, this was truly a fantastic experience and it was here that my interest in the Catalan case began to emerge.

Needless to say, my knowledge of the socio-political or sociolinguistic situation in the region was limited, I was not even fully aware that two languages were spoken in the territory. Over time, however, my interest grew and I returned to Catalonia in 2014 to teach at an English language academy in the city centre of Girona (a city in northeast Catalonia). This period was an eye-opener for me in the ‘lived’ socio-political reality of the region. Moving to live there in 2014 proved to be a steep learning curve for me linguistically, politically, socially and culturally (a truly never-ending endeavour). This time also represented a long period of un-learning and re-learning.

As with anything, over time I have slowly familiarised myself with many of the values and ways of life of those who live in Catalonia. Coupled with this were the frequent conversations that I took part in, or overheard, relating to the role of Catalan and Spanish in 21st century Catalonia and when and where the respective languages should or should not be spoken. All of this was fascinating for an individual who, like many of my peers, had studied the Irish language for twelve years in the Irish education system but attached little emotional or economic value to the language and would struggle to speak even the most basic of sentences. Against this backdrop, I started to think about the story I told myself, and others about myself, and what my ‘identity’ (and the complexities of the term) might be and how this related to how I acted in the world.

The common theme that runs through the entire collection in this edited volume is the Catalan independence movement, in its different forms and contexts as well as its social consequences.

It is safe to say that the politico-linguistic situation in Catalonia is highly fluid, fast-paced and complex. Activists calling for the ‘right to decide’ the future of the region can perhaps learn from both the successes and failures of the independence campaign over the last decade. In this respect, it seems vital that any progress in the region will require striking a balance between passion and pragmatism and between tactics and strategy, and, above all, recognising that language culture and politics are increasingly intertwined in the region. This volume has sought to interrogate the complexities of the Catalan case through an interdisciplinary lens. In doing so, the various contributors have not only highlighted some of the most salient issues in the Catalan-Spanish debate but also reflected on what the future may hold for Catalonia and Spain.

In 21st century Catalonia, it is vital to consider the complex range of sociolinguistic, socio-political, socio-historical and socio-cultural issues when investigating matters of ideology and national identity construction. This is where this current collaborative piece of work originates; from examining how the Catalan situation mirrors other ongoing European socio-political processes to revealing how important spatial and social differences are present across Catalonia in terms of support for Catalan independence. Thus, the aim of this edited volume is to bring together a range of international experts and cast a multidisciplinary lens on the situation in Catalonia as we enter the third decade of the 21st century. This book aims to explore the complex social dynamics in Catalonia as the push for independence unfolded in a diverse sociolinguistic and socio-political environment. It is hoped that the readers (specialist and non-specialist alike) will enjoy the range of chapters available in this edited volume and find it of value in their respective endeavours.

While it is difficult to predict how the situation in Catalonia will play itself out in the future, it does seem that the potential for an independent Catalan state looks much more remote since the independence referendum in 2017. Nonetheless, it does seem that global processes (mass migration, continued globalisation) will continue to have a major influence over the region. The literature also demonstrates that calls for secession are likely to increase across the globe in the coming decades. With this, there are calls for varying degrees of independence or increased autonomy in regions such as in South Tyrol, the Basque Country or Flanders. From this perspective, the interdisciplinary contributions presented in this volume provide important insights into the fluid relationship between not only Spain and Catalonia but also in the aforementioned regions. As such, and whatever happens, Catalonia will remain an important object for study in the field of nationalism, secessionist movements and minority language studies in the years to come, as the events in the region are likely to raise important questions that go far beyond the Spanish case.

I hope that you will enjoy this edited volume. I would be delighted to hear from you once you have finished reading. Please drop me a line or two at steven.byrne@ul.ie. Adding to this, I am certain that any of the contributors to this volume would also be happy to hear from you.

Steven Byrne completed his PhD at the School of Modern Languages and Applied Linguistics of the University of Limerick, Ireland. His research examines the symbolic and functional role of both Catalan and Spanish in articulating a sense of modern-day Catalan identity against the backdrop of the independence movement.

Identity and Nation in 21st Century Catalonia: El Procés is available now in Hardback at a 25% discount. Enter the code PROMO25 at checkout to redeem.