Ideas about Agriculture in the Political Economy of Japan

The Foundation of the Nation? 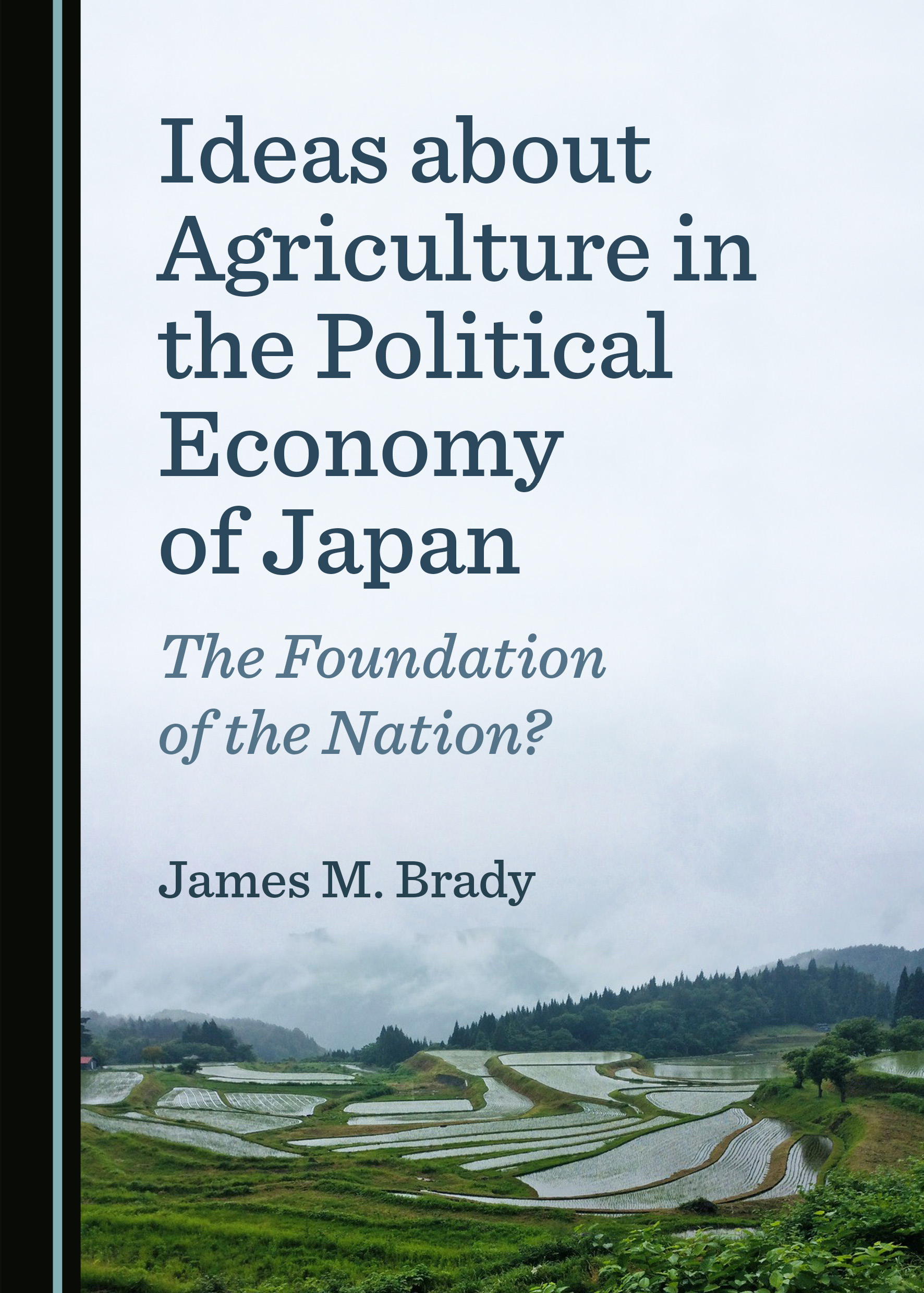 When Japan’s meteoric postwar economy came back to earth in the early 1990s, it marked the beginning of a long period of stagnation. As bilateral trade agreements began proliferating in Asia in the following decade, economic study after study demonstrated that trade liberalisation would lead to a significant and lasting rise in GDP.

The failure by successive Japanese governments to pick this low-hanging fruit was puzzling to me, particularly because the main stumbling block in international trade negotiations seemed to be the protection of Japan’s small and declining agricultural sector. Surely a dwindling band of elderly rice farmers couldn’t impede the future of one of the world’s great economies? Still youthful and optimistic, I wondered whether some well-designed academic research could help solve the problem and open the way for freer trade and stronger economic growth.

Finding standard economic explanations of this agricultural conundrum to be simplistic and unsatisfying, I turned instead to the great corpus of work by the political scientist Aurelia George Mulgan, the leading Western scholar in the field. Her accounts of the interest-based political interactions of Japan Agriculture (JA), the agricultural ministry (MAFF), and politicians were comprehensive, cogent, and convincing—if infuriating for what they revealed about the power of sectional interests. This literature gave an insightful exposition of the political constraints on the Japanese government in international trade negotiations.

However, even this approach didn’t seem to explain one important fact that I observed over and over in my surroundings in Osaka—that the Japanese people with whom I discussed the issue were well-informed about the costs and trade-offs, and still fully supportive of an agricultural policy regime that raised their food bills and limited their consumption choices. Above all, they would say, they simply couldn’t imagine a Japan that didn’t produce rice. I found this view to be as common with economics professors as with students and salary-people. The pursuit of self-interest may have been shaping outcomes at the elite policy actor level, but something else was clearly going on with voters, who were also consumers and taxpayers.

Eventually, I discovered that there was already a solid body of communicative literature from other disciplines that helped explain these protectionist attitudes, such as Emiko Ohnuki-Tierney’s wonderful book Rice as Self. My research task gradually evolved from trying to explain how best Japanese policymakers should reform their country (a well-trodden path among foreign scholars and pundits) to trying to fully understand the reasons why Japanese citizens valued their agricultural sector and their rice so deeply, and to articulate those reasons within a political economy framework.

It was the start of a fascinating journey through the highways and byways of Japanese history, political thought, cultural anthropology, and media studies, with various detours (both intellectual and geographical) along the way.

The key realisation was that this was, in essence, a conflict of ideas—ideas that arose from their own historical and cultural contexts, developed, and were transmitted over time, and that now compete to shape the policy preferences of individuals. Though it may sound almost commonplace to say, it bears repeating that economic welfare is at root but one idea among many, albeit the dominant idea so strongly privileged in policy discourse the world over.

As a now-recovering economist, this realisation required me to go back to the very beginnings of Micro-economics 101 to realise the specific set of unspoken assumptions embedded in mainstream economic analyses, and then to operationalise a new approach to ideas within a framework that met the rigours of social science and bridged the various disciplines within which I was now working.

Ideas about Agriculture in the Political Economy of Japan goes beyond standard political economy approaches that focus on self-interest pursuits by policy actors to contend that ideational factors are an important explanatory variable shaping the policy preferences of individuals towards agriculture and agricultural policy in Japan.

It traces the historical origins of ideas about agriculture, particularly those associated with the nōhonshugi tradition, and offers an original taxonomy classifying the development of agrarian thought from the Tokugawa era until the 1930s. It then analyses postwar media portrayals of agriculture in public policy debates around the 1961 and 1999 agricultural ‘basic laws’, charting the evolution of both economic and non-economic ideas in those periods.

Finally, it investigates the predominant ideas held about agriculture by individuals today, as evidenced through public opinion survey data, and demonstrates that concerns about health and food safety, food self-sufficiency, and the environment strongly outweigh economic welfare considerations.

The study concludes by examining developments in agricultural policy under the Abe administration in the context of these predominant ideas, and considers how those ideas could be operationalised in agricultural policy responses to major crises going forward, including the coronavirus pandemic and climate change.

This book will be of interest to a range of scholars in the social sciences and humanities, graduate and upper undergraduate students in various fields, and policy and business professionals working in the international trade sphere, as well as the general reader with an interest in Japan. Scholars of economics, political economy, and political science (including those focusing on Japan, East Asia, comparative politics, and the role of ideas) will find in it both a clear theoretical framework and a long arc of supporting evidence in favour of the argument being advanced.

Graduate and undergraduate students can engage with the book’s innovative approach to Japan’s political economy, as well as useful information from some lesser-trodden paths in the field of Japanese studies. Policy and business professionals may obtain a better understanding of what is important to a majority of Japanese people in discussions of agriculture and trade, and why, knowledge that would be of value when undertaking negotiations. In addition, the general reader may also find interest in the discussions of historical ideas about agriculture as the foundation of Japanese society, and in seeing how those ideas originated and developed across the decades and centuries.

All readers will hopefully find something else, too, in an era of backlash against the trends of globalisation and seemingly boundless marketisation that have characterised recent decades—the articulation of alternative views of the world, with deep historical roots, and values relating to society, culture, and human welfare. These views can serve as a useful means for contextualising dominant contemporary theories that focus heavily on economic welfare and material interests, often with insufficient attention given to the many and complex ideas that we all have, and have always had, about human and societal flourishing and our collective wellbeing as one small part of a vast, interconnected natural world.

James M. Brady is a scholar of the political economy of Japan. He was formerly a Research Fellow at the Asia Pacific Institute of Research in Osaka, an Adjunct Lecturer in the Japanese Economy at Kansai University and Kansai Gaidai University, Japan, and a JSPS Visiting Researcher at the Modern East Asia Research Centre at Leiden University, the Netherlands. He holds a PhD in International Public Policy from Osaka University, Japan, and degrees from Johns Hopkins SAIS and Trinity College Dublin in international economics, political science, and history.

Ideas about Agriculture in the Political Economy of Japan: The Foundation of the Nation? is available now in Hardback at a special 25% promotional discount. Enter the code PROMO25 at the checkout to redeem.