From Autocracy to Democracy to Technocracy

An Evolution of Human Polity 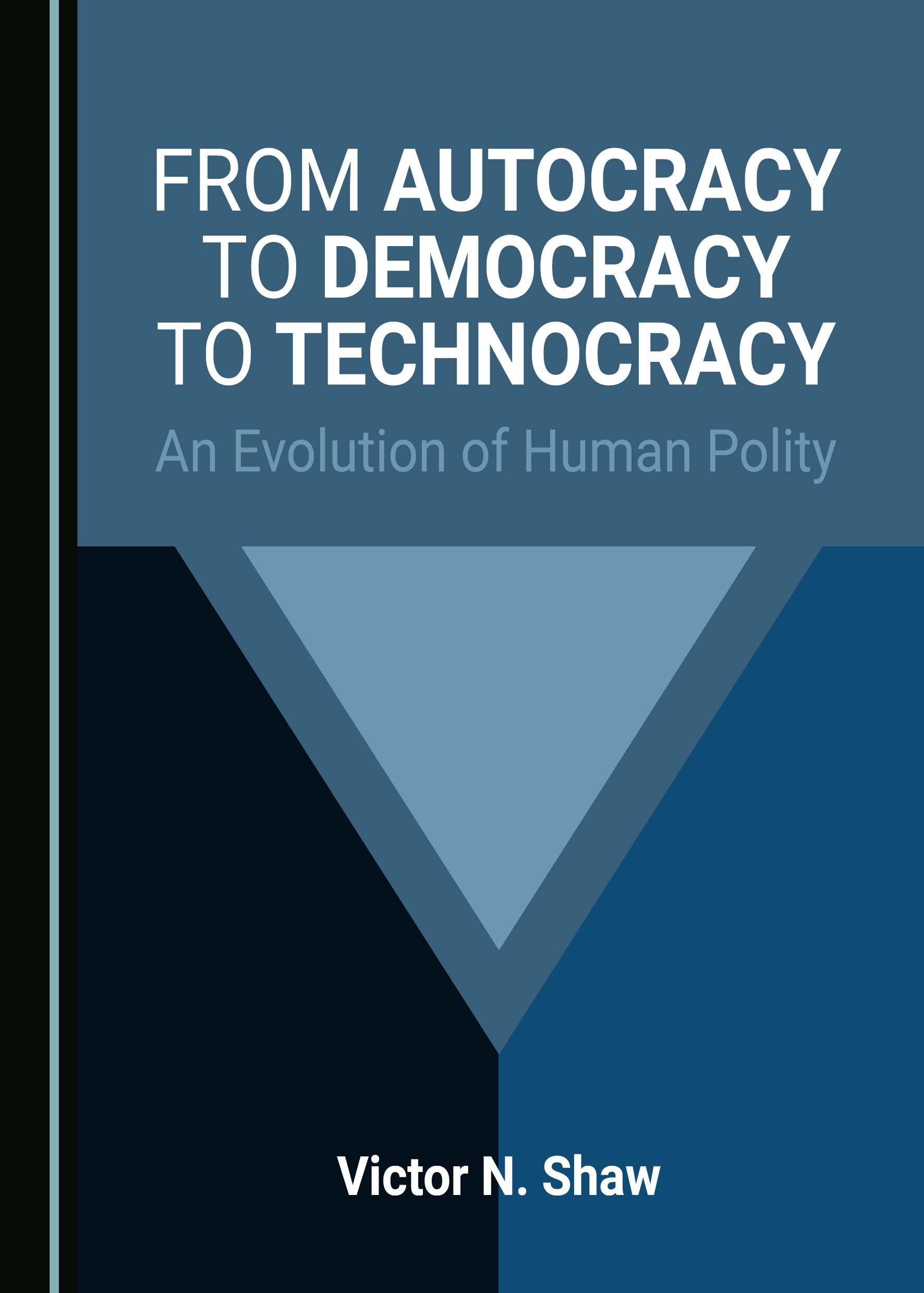 In this edition of our Book in Focus blog series, Professor Victor Shaw guides us through the evolution of human polity through his monograph, From Autocracy to Democracy to Technocracy, and in doing so provides a framework for identifying the key characteristics of the dominant forms of governance in practice today, how they have come to be, and how they might further come to evolve in the future.

First, power is like poisonous snakes and fierce beasts. It can be catastrophic when power is controlled in the private hands of a few, as it is in an autocracy. It may also be disastrous when power is held by the masses across an open field of partisan politics, as it is in the era of democracy. Power becomes productive only when it is kept within the cage of rules and institutions, as it will be in the future of technocracy.

Second, while there exists fear, even abhorrence, for it, autocracy has undoubtedly created some large empires or kingdoms, numerous brilliant material and nonmaterial achievements, and many magnificent cultures and civilizations in the history of mankind.

Third, although there is a fascination with it, democracy has indisputably brought chaos to various countries and nation-states, disabling the economy, destabilizing the government, and displacing people. In particular, democracy, driven by nationalism and fuelled by populism, has savaged humans and humanity with two world wars.

Fourth, autocracy works as a form of governance largely because of officialdom, a court of officials who loyally carry out imperial commands or royal orders with practical experience. Democracy functions as a type of government mainly due to the civil service, a body of bureaucrats who dutifully implement party-line directives, policies, and programs with professional expertise. Officialdom foretells an army of bureaucratic servants, just as the civil service harbingers a profession of technocratic functionaries.

Fifth, the government is a public organization. Management of governmental businesses is a professional operation, and governance is no dictation, direction, or politicking. There is no need for dictators, leaders, or politicians. Indeed, the administration of civil affairs only calls for educated, trained, and experienced professionals who follow facts, respect science, observe rules, embrace public service as a mission, and continuously expand or deepen expertise over a progressing work career. Technocracy is in order naturally when autocrats fade from the historical screen. It arrives on the scene automatically when democrats walk off the public stage in a final farewell to partisan politics.

Methodologically, the book represents a synthesis in scholarship, offering both factual descriptions and analytical explanations. It provides not only historical comparisons between ages, periods, and eras, but also critical contrasts from government to government, constituency to constituency, and society to society. There are even speculations out of unknowns, as well as predictions on the basis of knowns.

From a theoretical point of view, it neither embraces nor refuses any particular framework. It actively applies theories to, and develops theoretical explanations from, different domains or situations of human politics. Throughout the text, readers see for themselves that theory enlightens and elevates human governance on the one hand, and that human polity inspires and enriches theory on the other.

With regard to the audience, the book is designed for theorists, researchers, instructors, and students across major academic disciplines in the humanities and social sciences. It will serve as a source of inspiration and reference for scholars and thinkers who study and contemplate fundamental issues concerning humans, human wills, and human governance, as well as basic matters regarding power, control, order, unity, and social sustainability.

In particular, the book will be of interest to civil servants, governmental officials, and political leaders who make public policies, implement social programs, and manage civic affairs for residents across a city or citizens within a country. They can draw upon the book to better understand the nature of governance and the meaning of civil service as they strive for better job performance, more bureaucratic effectiveness, and higher governmental efficiency.

It also offers benefits to business owners, working professionals, and corporate executives whose day-to-day work correlates with laws, public regulations, and official policies. They may refer to the book to learn more about bureaucracy and governmental processes so that they can take concrete steps to minimize obstacles and costs while maximizing facilitative forces and tangible gains in their enterprising endeavors or career pursuits.

Victor N. Shaw, PhD, is a Professor of Sociology, Criminology, and Justice Studies at California State University-Northridge. He is interested in the study of crime, deviance, social control, organizational behavior, higher education, and public policy, and has published widely in those areas. He is the author of Substance Use and Abuse: Sociological Perspectives (2002); Career-Making in Postmodern Academia: Process, Structure, and Consequence (2004); Crime and Social Control in Asia and the Pacific: A Cross-Border Study (2007); Conspicuous and Inconspicuous Discriminations in Everyday Life (2013, 2015); Three Worlds of Collective Human Experience: Individual Life, Social Change, and Human Evolution (2018); and five other academic books.

From Autocracy to Democracy to Technocracy: An Evolution of Human Polity is available now from the Cambridge Scholars website, where you can also access a free 30-page sample from the text. Enter the code PROMO25 at the checkout for a 25% discount.