A First Course in Mathematical Economics 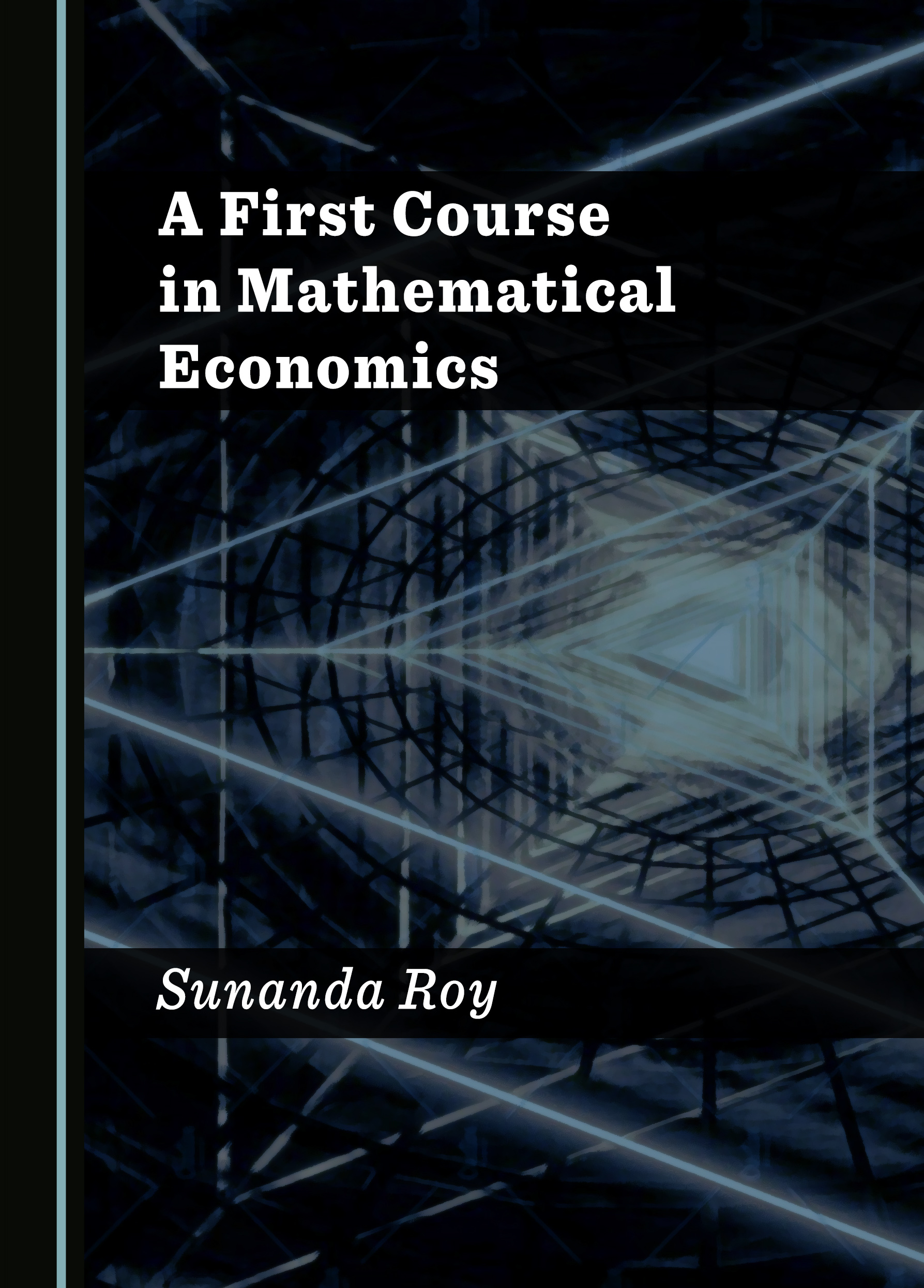 Economics has steadily evolved into a mathematical science. Programs leading to a Bachelor of Arts or a Bachelor of Science degree in Economics now routinely require students to take multiple calculus courses to pick up the necessary skills as part of a four-year curriculum. From a learning point of view, however, the transition from first-year introductory and largely non-mathematical courses into calculus-based, intermediate economic theory taught in the sophomore or junior year is neither smooth nor easy for many students. The calculus courses familiarize them with the necessary mathematical tools and yet leave them struggling to think of the real world in terms of functions and equations. To paraphrase a common concern of instructors: a student may know how to find the maximum value of a mathematical function, and yet fail to conceptualize economic decision making by households and firms as an optimization exercise of some form. The benefits of abstraction and parsimony which follow a mathematical approach remain under-appreciated by beginners trying to wrap their mind around a complex reality.

Many programs address these issues by offering undergraduate mathematical economics courses which are specifically designed as bridges from freshman-year math to calculus-based economics courses including intermediate micro- and macro-economics. These efforts are constrained, however, by a shortage of appropriate textbooks for such courses. This book serves to fill that gap, and is intended for sophomore or junior-year undergraduate mathematical economics courses. As a matter of fact, it grew out of material developed for such a course offered at Iowa State University.

The first part of A First Course in Mathematical Economics reviews materials with which students are familiar from the required math courses typically taken during their freshman year. Later chapters build on these to discuss more advanced tools which are critical for intermediate economic theory and upper-level elective courses, but are often inadequately addressed in these first-year courses. These topics include multivariate calculus, constrained optimization techniques, and linear simultaneous equation systems, among others. They are chosen with a singular focus on usefulness in economic applications.

The treatment of the material and the presentation style will be especially suitable for an audience wading into formal economic theory for the first time. Technical details which are considered as being purely of mathematical interest are either left out or minimally included. Whenever appropriate, a verbal presentation of the intuition underlying a mathematical result is favored over a rigorous proof of the result itself, unless such a proof is deemed necessary. Thus, although the amount of material covered is comprehensive, care has been taken not to make the book appear overwhelming or intimidating to a second- or third-year student.

The book abounds in economic examples. Several specific chapters and sections are devoted to applications which illustrate the mathematical approach and demonstrate its power. In the first few chapters, these are typically ideas and concepts from Principles courses with which students are already familiar. They are, however, presented using a different mathematical approach instead of the verbal one which is frequently found in introductory texts. A revisiting of this material is expected to provide hands-on experience of the additional analytical power gained via formalism. The examples in the later chapters are based on topics usually covered in intermediate economic theory or other upper-level courses, and may be viewed as a first, but brief, taste of formal theory. Finally, numerous in-text reviews and end-of-chapter exercises will provide adequate practice in problem solving.

Although primarily intended for use as a textbook for an undergraduate mathematical economics course, the book may also be useful as supplemental reading in intermediate micro- or macro-economics. It is, however, not meant to be a substitute for the main textbook for these courses. The examples drawn from intermediate economic theory in the later chapters are only meant to illustrate the mathematical results discussed. In-depth treatments of these topics are not attempted here.

The book does not cover all the mathematical tools a graduate student or professional in economics ought to know, although some may find it beneficial as a supplementary text. Advanced material appropriate for Master’s and PhD programs has been excluded to make the book less intimidating and more user-friendly for undergraduate students, to whom it primarily caters. Readers from disciplines other than economics, who are looking to acquire a working, but not advanced, knowledge of mathematical economics, may also find the book useful for the same reason.

It is assumed that readers will have knowledge of basic calculus usually covered in first-year college mathematics courses as the chapters build on this material. Specifically, familiarity with the concepts of limit, continuity, differentiation, and integration of single variable functions is assumed. It is also expected that students will have completed first-year introductory economics courses before reading the book

The book is divided into twelve chapters. Chapters 1-3 review basic set theory and properties of differentiable single variable functions, including those that are most common in economic applications, such as polynomials, power functions, and exponential and logarithmic functions. Mathematical tools that are especially useful in economics but often inadequately covered in first-year math courses are extensively discussed, such as various types of parametric shifts of graphs and function inversion, to mention a couple. Chapters 4 and 5 apply these tools to formalize ideas and concepts encountered in introductory economics courses. Applications include the theory of demand, supply, market equilibrium, and the simple Keynesian theory of income determination. Chapter 6 studies the optimization of single variable functions.

Chapter 7 and 8 deal with more advanced material; namely, properties of multivariate functions and their optimization. These chapters also cover some multivariate tools which are often used in economics, such as homogenous functions. A novel feature of these chapters is the visual treatment of higher dimensional surfaces. Chapters 9-11 cover matrix algebra and various solution techniques for simultaneous linear equation systems. The celebrated Leontief’s input-output model is also discussed as an application. The final chapter, Chapter 12, provides a basic introduction to constrained maximization tools and applications.

A First Course in Mathematical Economics is available now in Hardback at a 25% discount. Enter PROMO25 at the checkout to redeem.